Well, since Engadget linked to the Dell XT Tablet PC manual today, I’ve been doing a bit of dissecting to see what we can find out about this anticipated Tablet PC. Whatever I’ve missed, post as a comment. Here goes: 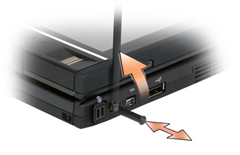