What would you expect a developer to do if the exciting, always-connected third-person shooter that they launched to cheers from fans and critical praise saw steep drops in the amount of gamers sticking around? If you’re as cynical as most gamers are, you’d expect that developer to keep updating the game with new content as its original plan called for. Publisher Ubisoft isn’t doing that. Instead, its Massive development studio is working on The Division 1.4 Update.

Launched in March of this year, The Division was one of this console generation’s most anticipated titles. For one, it’s not a sequel to some other title. The game focuses on a virus outbreak in New York City. When local and federal institutions collapse under the weight of the catastrophe, the President activates members of the populace itself. These agents have the weaponry, training and knowledge to make tough calls and put the city back together again. 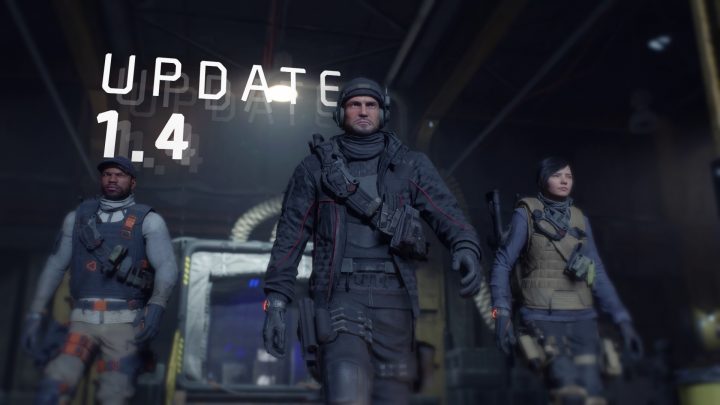 Massive began discussing The Division 1.4 Update late this summer. The studio and publisher decided that releasing new content updates wasn’t worth losing the game’s populace because of bugs, issues and design flaws that users were complaining of. The Last Stand and Survival expansions are still coming, but not until the 1.4 Update arrives to clean up some of the game’s issues.

The Division 1.4 Update has no main focus. It doesn’t attempt to address just one problem. Instead, Massive stopped work on new content and put its resources toward investigating the issues gamers had with the title as it exists today. The results of their search are an update with a huge scale. Really, The Division won’t feel the way it did before, according to a post on game’s blog. 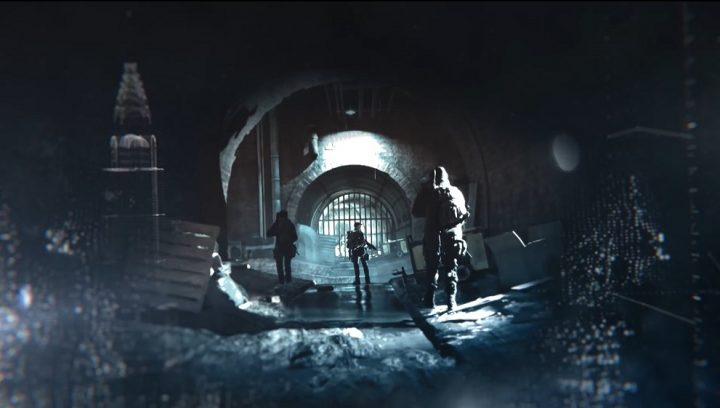 The Division is a third-person shooter, but it’s also a role-playing game. Characters become more powerful as they level up. There have always been three main measures of how powerful a player is: Firearms, Stamina and Electronics. Every level increase had an effect on those three stats and those stats had an effect on Skill Power, Toughness and Damage. Massive is changing how they work because it wants to add a kind of progression system to the game’s open world after the main game has been completed.

Every piece of gear that a player owns loses its skill bonuses when The Division 1.4 Update arrives. Backpacks, holsters and knee pads get slots to mod their performance. The studio hopes that these changes encourage users to go with whatever gear they want and skill modifiers they want. Performance mods that exist in the game already lose their major bonuses. 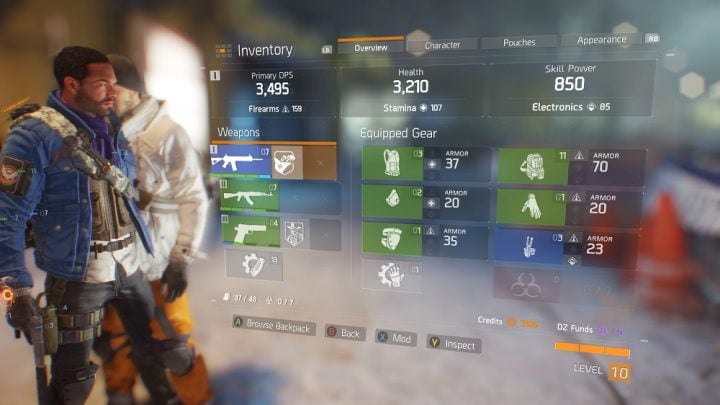 Gear Score has been revamped. Specifically, all Gear Score is going down to match the less powered enemies that are being introduced with the 1.4 Update. 191 Gear Score is shifting to 163. Anything that’s 214 becomes 182. 240 items scale down to 204. 268 items are going down to 229. This is a huge change for the game, players report being kicked out of groups because they haven’t inflated their Gear Score with Gear Set pieces. This should help with that. High-End Gear bonuses have been tweaked to make them a legitimate alternative to Gear Sets. In fact, Gear Sets and High-End gear have the same Gear Scores.

Any gear that supports Scavenging talent gets a new bonus to replace it. Massive is pulling it from the game entirely. Crit and Headshot bonuses are scaled down.

Weapons in The Division 1.4 Update has different DPS numbers than want players are used to. That’s because the formula for deciding how much DPS a weapon does is being changed. Massive calls this more of a move to better explain what’s going on with a weapon’s damage than it is enhancing or demphasizing a particular weapon.

That isn’t to say that Massive isn’t making changes for the sake of better balancing in the game. “SMGs for example do higher damage than Assault Rifles, which is not intended. Instead their future power comes from the fact that they are stable and have high critical damage,” the developer notes. Light Machine guns have damage numbers closer to Assault Rifles. The MP7 and M1A weapons have their damage lowered. The SRS Sniper Rifle and M2-49 are getting damage increases to encourage gamers to use them more. 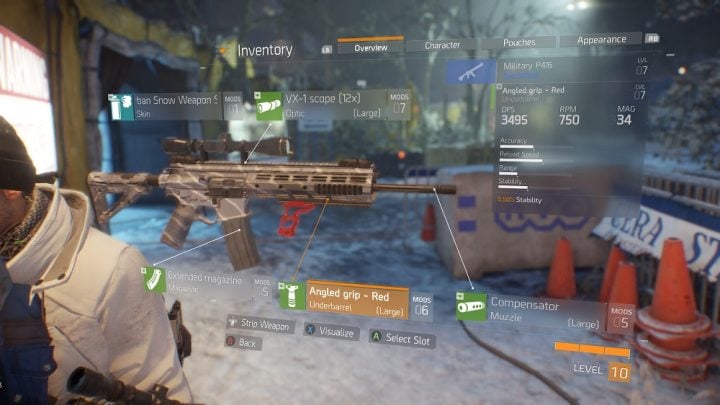 Weapon Mods, the attachments that users stick on their gear to enhance their stats, get changes too. They keep their standard bonus, but they lose their randomly generated second bonus. It gets replaced by two smaller bonuses, if they are high-end. 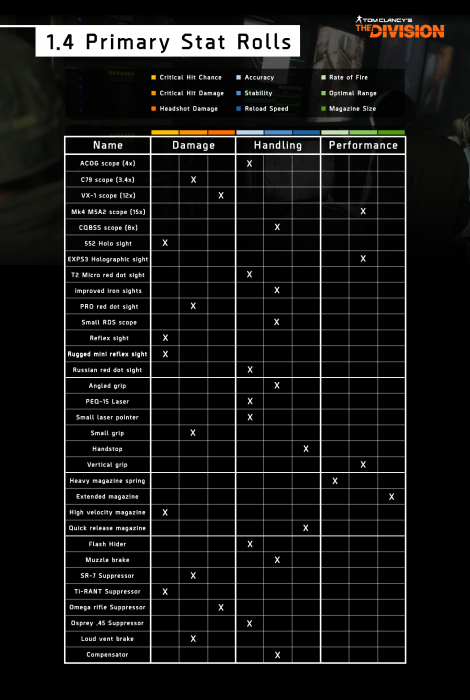 The Weapon Mods changes are all about forcing players to prioritize one attribute over the other when creating their dream weapon. That’s something they don’t necessarily have to do today, Massive says. Spikes generated by crits and different types of damage have been eliminated by making damage bonuses additive.

Some weapon talents are bumped up to make them more viable. Weapon talents that the studio felt were too over-the-top are getting leveled.

Getting the best armor won’t be as important after The Division 1.4 Update. That isn’t to say that it’s not incredibly important. As part of its effort to force users to balance their characters, Stamina now has the most impact on Toughness instead of Armor. Armor effectiveness changes depending on the World Tier that players have chosen. “Investing in armor won’t be as important as it has been in the past,” Massive says.

Stat upgrades generated by four-piece Gear Set bonuses are being changed. When users have two pieces of a Gear Set, they get “utility” bonuses instead of stat bonuses. The five-piece Gear Set bonus has been completely removed. Gear Sets are the items that players receive after completing the main story, level 30 missions. They were considered the game’s most powerful gear because of the bonuses players got for having more than one piece in a set.

Stats and skills are seeing some huge changes. First Aid, is by far the most popular Sill in the game. Once Massive went in to fix some bugs with it, they realized that fixing those bugs would harm its effectiveness. So, they’re increasing the healing that First Aid does and making the effect on the player instant.

Smart Cover features a new weapon stability and accuracy bonus, but it has had its damage buff reduced. Pulse still provides the same bonuses that it did before, but the amount of each bonus has been lowered to account for enemies being able to take less damage overall. 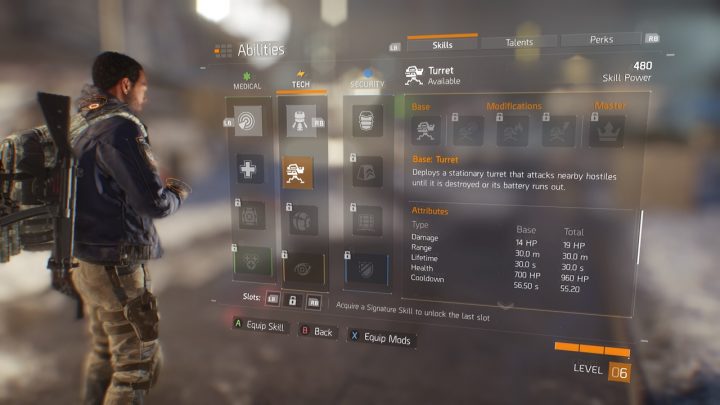 Four Skills that weren’t used that much after hitting Level 30 are getting better. Sticky Bombs and Seeker Mine deal more damage thanks to the weakened enemies. Support Station and Ballistic Shield last longer. The Support Station’s healing abilities have been increased. Turret has more health.

Survivor Link, one of the game’s Signature Skills, has its damage lowered to 50%. It only lasts 12 seconds instead of 15 seconds now too. Recovery Link can now revive Dead Players. Previously, it could only revive those that were down, but not dead. It also doles out more healing overall. The Skill automatically triggers when those playing alone are near death.

Incendiary Bullets won’t light enemies on fire anymore. Instead, some of the damage they deal now comes from bullet damage and blast damage. The studio believes that the two were over-powered.

The second major set of changes in The Division 1.4 Update are directly related to the open world itself. The game can get ridiculously difficulty, sometimes without warning. Solo players report having a hard time, specifically. The studio discusses these changes here.

To help regulate all of the different changes in difficulty after the game has been completed, Massive is introducing World Tiers. World Tiers are based entirely on Gear Score. The hope is that the World Tiers ease players into the more difficult aspects of the game.

Enemies will respawn in The Division open-world once every four hours. That’s a big change from the once a day cycle that Massive revealed initially.

In parties, the World Tier is set by the player leading the group.

Missions in the game’s open world, Incursions and the Dark Zone all drop weapons with decent Gear Score. All enemies and bosses respawn, making the entire city more dangerous. With this, Massive hopes to make running through New York after completing the game useful for getting items, though it’ll also ruin the feeling of having saved New York in the first place. Normal and Challenging difficulty are staying around. Switching them only changes what kinds of enemies spawn. It’s possible that those playing alone can finish a mission on Challenging. That’s because those missions now scale, depending on how many players there are. Incursions aren’t included in that since they’ve always been made specifically for groups.

Read: 13 The Division Problems & How To Fix Them

During a recent State of the Game Address, Massive revealed that The Division 1.4 Update will launch on Tuesday, October 25th at 9:30 CET. The entire download will range between 3GB and 6GB, according to the studio.