It seems impossible that it’s been nearly a year since the launch of Ubisoft’s The Division, but it has. Just looking at the game’s changelog drives this home. Since it arrived on store shelves developer Massive has refreshed and updated The Division five times. The Division 1.6 Update will mark the sixth time that the studio has rolled out major changes and upgrades to the game’s story mode and player versus player arena.

When The Division 1.6 Update release arrives, it’ll mean big changes for some of the game’s core mechanics. The Dark Zone, the game’s competitive multiplayer experience, is getting an new area that’s unlike the battlegrounds that preceded it. It’s still one of the most controversial aspects of The Division. Massive also plans to add a new setting for those that now find themselves bored with some of the game’s older missions. The studio is also using the update as an opportunity to tune older weapons and add a few new items.

The Division takes players to New York City shortly after a virus has devastated its population and left city government in ruins. Ubisoft, the game’s publisher, hopes that the changes Massive is making to the game will help it better attract and maintain a dedicated fan base going into its second year. The two are planning The Division 1.6 Update with The Division Last Stand Expansion that’s expected to launch at the same time.

Final release details on the update aren’t yet available, but many of the incoming changes are already available to Windows PC users that have volunteered to test new updates. Massive recently detailed lots of the updates in a post on The Division Blog.

Developer Massive had to know early on that the Dark Zone would be controversial. Certainly, it knows so now. Yet again, the developer is making tweaks to the area. As it always has, the Dark Zone allows agents to take on each other and enemies generated by the game. It’s still the best way to get your hands on the game’s best gear.

Dark Zone North is a huge extension coming in The Division 1.6 Update. It’ll roughly double the size of the original multiplayer area. Rather than stay at street level, Dark Zone North will offer more underground and rooftop play spaces. New rewards give gamers a reason to explore Dark Zone North and other areas of the multiplayer experience.

The multiplayer space is getting what Massive calls Landmarks with tons of enemies that lurk nearby. Killing them gets players more character extras, but they’ll have to survive waves of deadly enemies to extract the gear that they pick up.

Dark Zone Contamination Events force players to manage their health as they battle against waves of Cleaners in the area’s underground tunnels and corridors. Filters and masks won’t help players at all. Leaderboards will help players compare how successful they’ve been in the Dark Zone to what their friends have achieved.

Players bored with the story mode and Dark Zone have something new to try with The Division 1.6 Update, a new difficulty for some of the game’s missions. Now the Times Square, WarrenGate Power Plant and the Napalm Production Site missions can be set to Legendary Difficulty. With this enabled, the enemies are smarter. They’ll constantly attempt to flank agents. They’ll attack with specific skills too. The amount of enemies in Legendary Missions is directly related to the amount of players on the team. 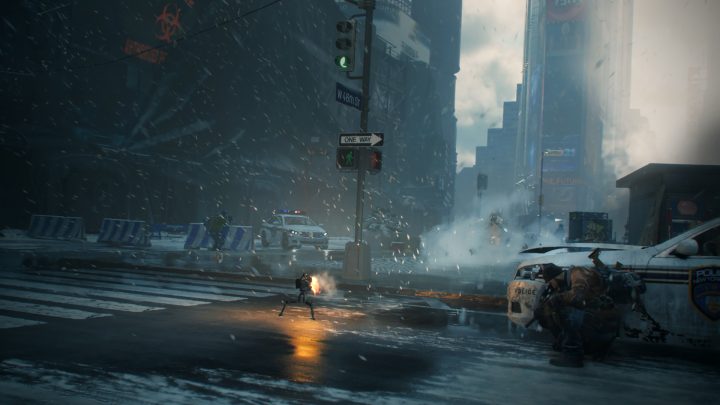 Players that survive all of this can expect what Massive describes as “exclusive vanity items” that won’t be made available to anyone else. Those that manage to survive Legendary Missions will receive Exotic Caches to open once a week.

Using Premium Credits, players will get to purchase emotes, weapon skins and cosmetic items that have no impact on combat, but will allow players to customize their character a bit more. 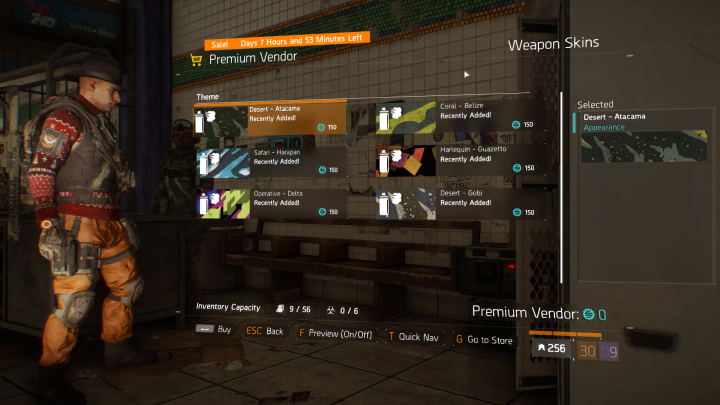 There’s a slew of smaller changes for in-game items and skills planned, but Massive hasn’t finalized that list yet. We’re also waiting for the studio to confirm an official release date for The Division 1.6 Update.

As are all game updates, everything included in 1.6 will come free to owners of the game on Xbox One, Windows PCs and PS4. It’s the extras included in The Last Stand Expansion that’ll require a $15 purchase or The Division Season Pass. GameStop has used copies of The Division for $19.99.