Just looking at a quick video of Ubisoft’s The Division simply doesn’t do its combat mechanics justice. The Division looks like a third-person shooter, but in reality there’s more that goes into it than other games in that genre.

You see, The Division has the combat of a third-person shooter with cover mechanics, but that’s not were its combat system stops. The game is an online RPG, it’s built on the idea that players will want to create their own character and evolve that character over time. New gear that players snatch from each other in the Dark Zone and stashes around Manhattan is one way that characters evolve. Another way is through XP. Every part of Manhattan has a suggested level the player must be at before they can enter and not be completely decimated by enemy factions. The more XP you have, the higher your level is.

Here are 4 tips for leveling up faster in The Division. These tips could save you a little time and definitely get you to the game’s higher ranks a bit faster than you would otherwise.

Complete The Side Missions That Are Near You

When The Division begins you find yourself in Brooklyn, New York. You’re here to learn the game’s mechanics and get a feel for how the combat system works. There’s some story missions about the virus that wreaked havoc on New York City. Getting through story missions will get you well on your way to the bigger Manhattan Island.

Before leaving Brooklyn, try your hands at the two side-missions that are available there. In fact, as you’re moving through the world of The Division be sure to handle any side missions that are relatively close to your position. Doing so gets you some XP that you wouldn’t otherwise be able to count on. Every bit helps.

Speaking of every bit helps, the reason that you’re a member of the Strategic Homeland Division is to help New York City piece itself back together. That starts with helping the people who you see around you roaming the streets aimlessly. 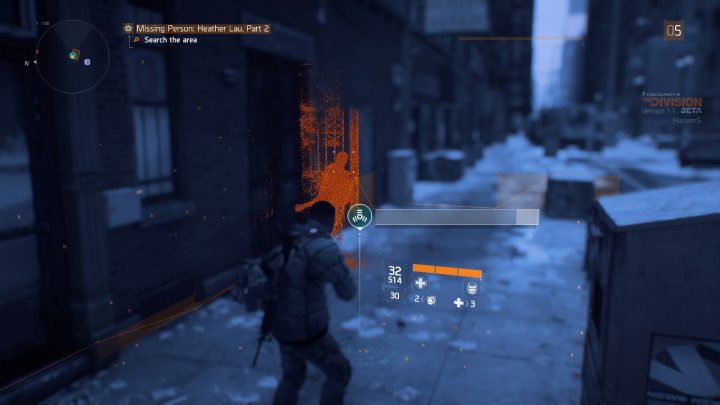 The most potent storytelling of The Division doesn’t come from your base commander but from Echoes. Echoes are digital recreations of the things that happened in New York City following the virus outbreak.

Most Echoes aren’t missions on their own — though a few do feature them prominently. Investigating Echoes earns you XP the same way other activities do.

One certain way to supercharge your leveling ability in The Division is to change the level of difficulty.

Like most other games, The Division relies on difficulty to help calculate how much XP you earn for completing its different missions. If you were to team up with some very skilled friends and up the difficulty from normal, you’d evolve your character faster than you would otherwise. Of course, this strategy only works if you don’t end up endlessly dying every few minutes 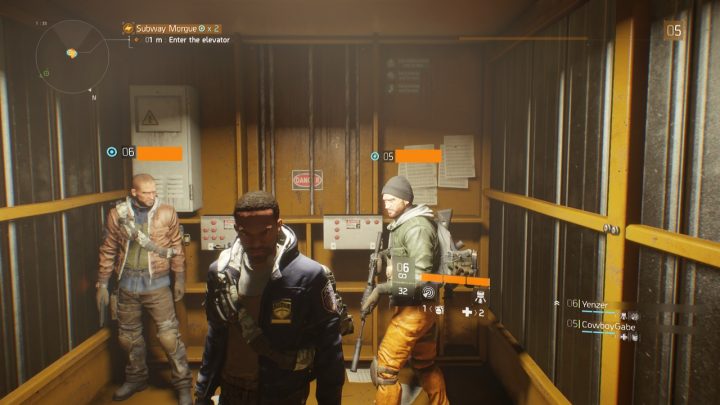 Team Up With Those Who Need the Extra Help

With most adventure games and shooters, online play involves jumping through loading screens or entering a special area. You can still create a team of operatives in The Division made up of your friends, but when your squad is away, be sure to help out the other SHD agents round you with some cover fire. Those other SHD agents aren’t computer generated, but actual players that could really use your help.

When all of your friends are around, definitely link up with them in a squad to do the game’s missions. The Division scales the difficulty of missions based on how many players there are. If there’s more than just you in the mission, you stand to earn more XP.

Unlock and Upgrade The Security Wing As Soon As Possible

The easiest way to level up in any game with a progression system built into is usually with stackable bonuses. It doesn’t appear that The Division has too many opportunities to boost the amount of XP you walk away from each encounter with on a regular basis, but there are at least two we know about already.

Once you’re safely in Manhattan and preparing to open up your Base of Operations, you get a tour. The missions that you do in The Division unlock in-game resources that you can pour into the Base of Operation’s different wings to unlock new things, in turn.

After unlocking the Security Wing, the Experienced Agent boost improves XP gleamed from any activity by 10%. Armory Combat Veteran increases the XP earned from accolades by a 25%.

Do the Daily & Weekly Missions

Story related missions, side missions and random encounters are just two of the ways that you can mainly earn XP in The Division consistently. Ubisoft has daily and weekly missions in the game too though. Complete these and the game gifts you more resources on top of the stuff you receive on the regular from other missions.

Good luck leveling up your character in The Division. Right now, The Division is capped at level 30. Players can’t progress beyond that level now. Once players reach that level, the game becomes more about Gear Score than racking up XP points and reaching a different level.