Ubisoft’s The Division goes in a different direction than most online role-playing games. Those that want to play the game need an internet connection. In most of New York City, that internet connection is used for co-operative play. You can, almost too easily, connect up with friends and complete the game’s missions. The Dark Zone though, that’s where things get interesting.

The Division’s Dark Zone has no rules, at least not the rules that the rest of New York City observes. Sealed off from the rest of Manhattan, the Dark Zone has evolved into a lawless jungle where the worst gang leaders and criminals lurk behind every corner. They are inside, using the best gear and accessories left by the now gone military. It’s the gear that attracts The Division players to that lawless area.

Read: The Division: 7 Tips to Level Up Faster

When you first enter Manhattan, you’re dropped in Hudson Park. From there you’re tasked with doing a few side missions and founding your Base of Operations. At this point in the game, the Dark Zone isn’t even explained. Look on a map and it’s there though, highlighted in red.

Originally, the Dark Zone was created by the JTF faction in Manhattan to help combat the disease spreading across New York City. The hope was that those who were sick could be contained and held there, preventing the collapse of the entire city. The JTF took a huge slice of Manhattan to create the Dark Zone. Barriers kept the sick people from escaping.

The JTF failed to contain the virus there, forcing them to pull out and leave the area. The military left their best gear behind though. Gangs moved in to secure that gear, setting the stage for a battle between agents of The Division and the different factions all vying for power in New York City. 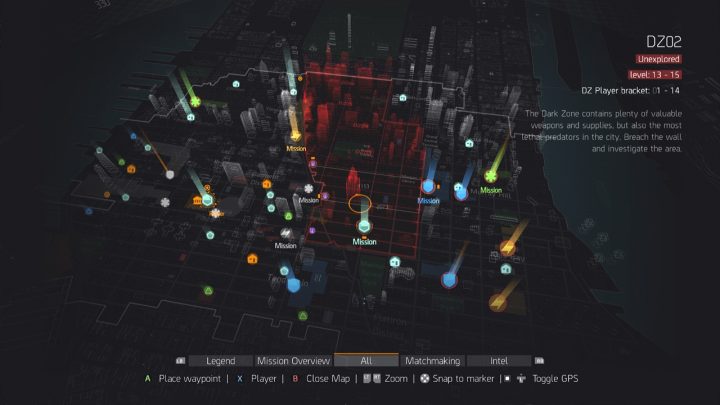 The Point of the Dark Zone

The Dark Zone sits in the middle of the city. With all services and systems down, you have to walk to one of the gates before you can enter it. Just before you enter, you’re invited to purchase some new gear and refill the ammo for the weapons your character has equipped.

Most players consider going into the Dark Zone without a team to be a bad idea, but it’s doable. Enemies generated by the game will have items that you’ll need to kill them to collect. These enemies are smarter and tougher than the enemies you’re used to in the rest of The Division. The Dark Zone itself has its own progression system too, complete with leveling. That is to say, you can be level 11 in the outside world and be at the bottom of the heap in the Dark Zone. 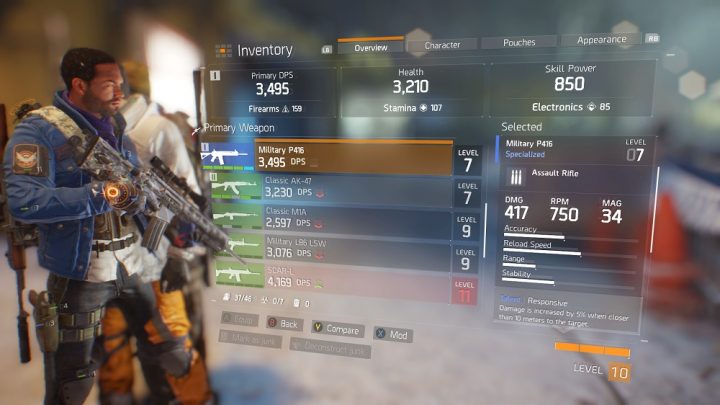 To be clear, the Dark Zone’s computer generated enemies aren’t the only places where you can get special items. The area is also The Division’s only Player vs Player area. You can be killed by another agent inside the Dark Zone, usually without warning. Killing other players gets you the gear that they’ve found during their most recent time in the Dark Zone. Even members of your own team can kill you.

When players turn on other players it’s called going Rogue, and it’s really just about them wanting to get as much of the great gear as they possibly can. Rogue agents get a bounty placed on their head, making it more likely that nearby agents will come to aid the victims. Other agents know that you have gear, because they can see it attached to your backpack.

If you die in the Dark Zone, your items are free for everyone to collect. If you can make it back to your body in time, you can pick them up again.

The Dark Zone isn’t just a dangerous place, it’s also a very unhealthy place. Because there were some many sick people packed into it, sickness levels in the area are very high. It’s one of the reasons that your character puts on a mask before he enters.

Once you’ve managed to get some attractive gear, you have to head to one of the Dark Zone’s Extraction Zones to get that gear out. You can’t just walk out with it. It needs to go to your base for decontamination seperately. You send up a flare and a helicopter shows up within the next few minutes to carry that gear out. An extraction takes 90 seconds.

Of course, sending up flair also notifies any enemies nearby that you’re trying to get your gear out and that they have a limited amount of time to kill you before it’s too late. It’s up to them whether they want to go Rogue and kill you for your items or leave you alone.

Good luck in the Dark Zone. The Division is available on Xbox One, PS4 and Windows PCs now, beginning at $59.99 for a version of the game that doesn’t include access to additional content.