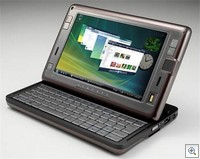 No doubt the HTC Shift has generated quite a bit of interest. Even without solid answers to many questions it has generated much love and some strong dislike. The latter especially centering around the native screen resolution. Hugo reported that on the device he got to try out briefly the native screen resolution was 800×480 and immediately some who were very interested in the device began some wailing and gnashing of teeth. Many users, this one included, would love to see the native resolution of the Shift be 1024×600. The pixel interpolation/doubling that we’ve seen in other UMPCs isn’t going to cut it for many folks.

Well, David Maiden has begun a small crusade to try and influence HTC’s mind on the native resolution. Head over to this site and leave a comment on David’s post. He’s hoping to gather quite a few responses and put some pressure on HTC to make a shift to The Shift. The real question is will HTC listen?