IFixit has become famous and wildly popular as the site where we wait to see what’s inside all those new devices and gadgets that get released. They open them up, take the pictures and report on what the guts are, and how much the devices cost to manufacture. It is a great resource and it looks to become even more so.

IFixit has just released its Self Repair Manifesto which has, at its core, the belief that repair is better than recycling on a number of counts. There are already repair manuals for some devices online but iFixit hopes to go further by soliciting even more. The plan a Wikipedia-style database of manuals for gadgets, appliances, and even cars. Noble effort. 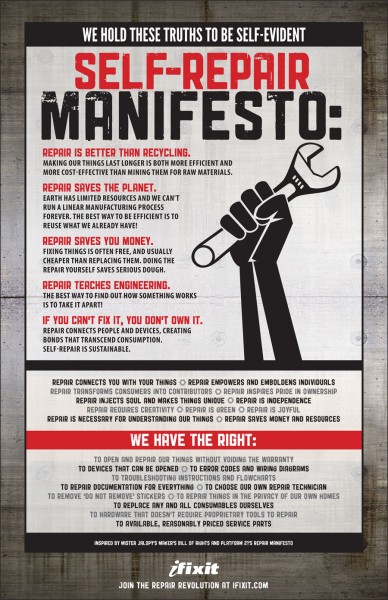