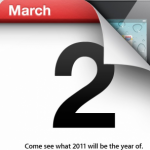 The Motorola Xoom is officially available today, but the iPad 2 launch event news is going to put a serious damper on the Xoom’s early sales. While the Xoom is the first ‘real’ Android competitor we’ve seen go up against the iPad, it has a whole new battle on its hands.

The Motorola Xoom is arguably a better tablet than the iPad. Even some iPad fanboys like Robert Scoble (video above) are loving what the Xoom has to offer. It offers a better multi-tasking experience and Google’s apps built for Android offer a lot more features.

Taking a look at the technical specs, the Xoom spanks the original iPad. There are dual cameras, a faster processor, better graphics performance and you don’t have to sync it with a Mac or PC. But the Xoom isn’t a device that has to compete with the original iPad, it has to compete with the iPad 2. The iPad 2 will most likely get faster components and a pair of cameras.

Those who do go out and buy a Xoom today will run into one big issue that iPad 2 buyers won’t. As of today there’s simply no third party apps for the Xoom. Instead, they’ll have to utilizes apps built for Android smartphones. When the iPad 2 is announced next week, Apple will most certainly show several hot new apps on the new hardware.

The Apple iPad starts at $499, though you currently have to pony up $629 for an entry-level 3G version. We would not be surprised if Apple played a trump card by introducing a WiFi-only version of the iPad 2 for $399 or less. 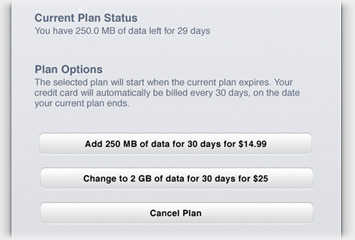 The 3G version of the iPad isn’t subsidized, which means there’s no contract. AT&T subscribers can opt in and out of the $15 or $25 per month 3G charges on a month-by-month basis. That’s obviously much less intimidating than a tablet with a two-year contract and  we don’t expect that to change with the iPad 2.

Even if the iPad 2 doesn’t live up to all the hype, the news of next week’s Apple event and the flood of coverage it will generate is going to overshadow the Xoom to a point where only geeks are going to give it the time of day. That’s a truly unfortunate way for Google, Verizon and Motorola to launch the world’s first tablet running a version of Android designed for tablets.

I’m in the geeks camp and will probably pick up a Motorola Xoom today, just to give it a shot. I’m almost certainly going to pick up an iPad 2 or two whenever they go on sale as well.