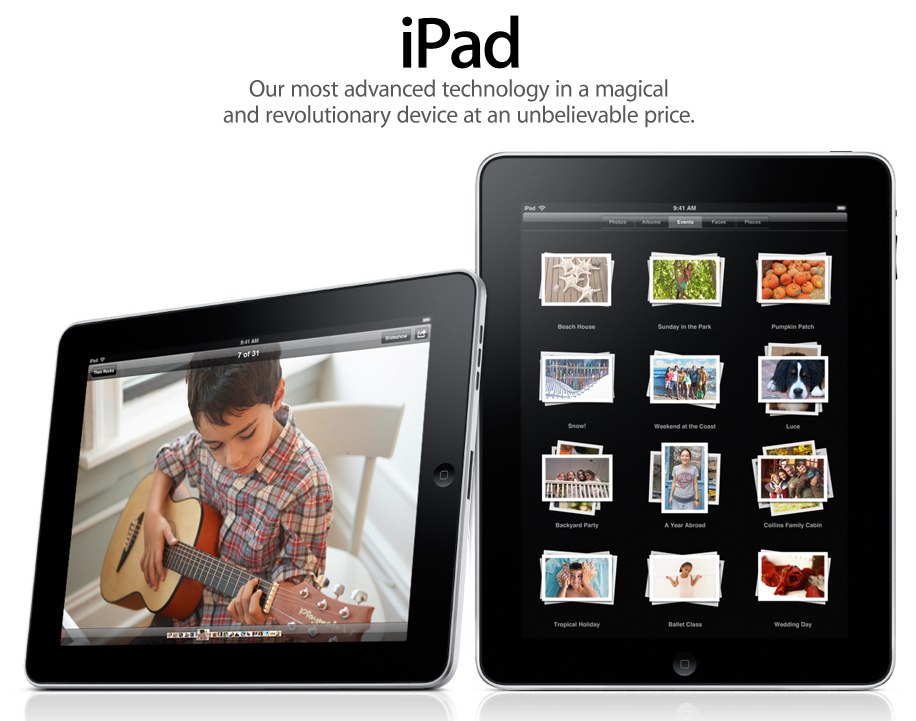 Some caveats. First, all of my opinions here are subject to change as more is unveiled. More on that in a minute. Second, while I’m sure I and any GBM Team will be accused of Microsoft bias, let me state upfront I wanted this device to be an brilliant and sudden change in what we all know. Caveats out of the way, here is my anaylsis on what we’ve just learned.

Apple’s new iPad impresses, but no more, no less than any of its other products. They’ve created another Tablet that will bring along all of Apple’s ecosystem and for many that will be enough. But there was a lot left unsaid in my opinion. I’m not just talking about unfulfilled rumors, but all along during the presentation I got the feeling that we’re seeing a great Generation 1 device that offers promise. Other Tablet folks caught a breather today but they’ve got a very narrow window within which to step up and get in the game.

The $499 starting price point is huge. It will get these devices in people’s hands. Intriguing that we’ll pay $130 for a 3G radio if you want WiFi and 3G.

The couch/sofa that was the principal set piece seemed forced after awhile and I found it really revealing that using the onscreen virtual keyboard the demonstrators placed this in their lap like a laptop.

Also intriguing Apple introduced a keyboard dock, which in many quarters will be seen as a blessing, but tells me that Apple is hedging its bets a bit on the entire approach. Apple could have said no physical keyboard, like on the iPhone, but their research is probably telling them not to. The dock will also charge the iPad. No price on that, but we’ll hear soon enough.

Apple is going after the Kindle no question, along with anyone else who is jumping on eBooks. They’ve got there own bookstore now called iBooks. (Isn’t that a recycled name?) Color is the name of the day and the pictures looked good from what I saw.

There’s a lot left to learn about content and how this will work with publishers in various media genres. This will be key I think.

Apple is still tying you to your computer through USB. Given that we’ll have WiFi and if you choose 3G, I’m sure the advances away from docking to a comptuer that we’ve seen on the iPhone and iPod Touch will be in play, but you’re still not completely independent of your computer.

Apple made some inroads on breaking the Telco mess as we won’t need another contract for AT&T 3G. AT&T at the moment is the only carrier, which I am sure is causing howls of disappointment. I’m sure many MiFi owners are saying I’ll pass on the 3G (you’ll have to wait longer if you want it). $29.99 for unlimited means 5GB in today’s vernacular. $14.99 for 250mb is not worth mentioning for a media consumption device.

The iPad is powered by the Apple A4, a 1GHz ARM-based CPU powers the iPad. It will be interesting to hear more about this.

This is a consumption device. You can view video but not create it.  There is no camera of any kind on this device. While there was a nice demo of the Brushes app during the presentation showing how to sketch pictures, you won’t be doing any video on this device, or taking pictures. Speaking of pictures, if you want to use this as a giant picture frame to show off your latest, you’ll have to do some syncing back to that computer or from the cloud.

Apparently there is no multi-tasking. That will be a huge, repeat, huge turn off for many.

Again, these are early thoughts subject to revision. I think we’ve got an interesting new device from a very clever innovator. But Apple doesn’t own it all. Yet. 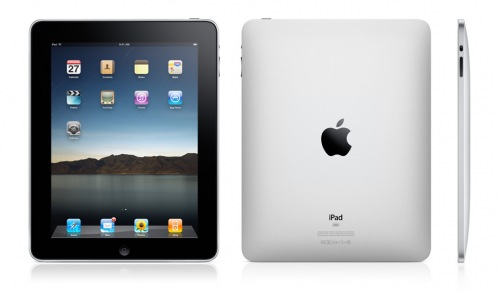