While a lot of companies have made promises about media tablets this year, Apple’s the only one to sell such a device in any real volume. There are some Android tablets hitting the market and the BlackBerry Playbook was recently introduced. But for the time being, Apple’s the only one out there with a cohesive product that everyday consumers are actually buying and using.

Forget about  the iPad’s features, operatings systems, apps and specs  for a moment. When consumers now see slate devices the first the first thing that pops into their minds is ‘iPad.’ When companies show us media tablets, they stress how and why  it’s better than the iPad. When manufacturer’s documents are leaked, we see that the iPad is being used as a benchmark. 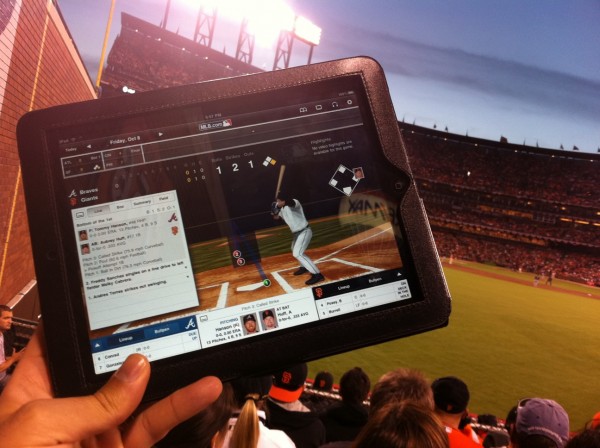 My hometown of San Francisco is chock full of iPad users. My dad’s plumber uses an iPad to invoice clients before leaving their homes. Door to door salespeople are using iPads in our neighborhood to sell services to small businesses. People are even using iPads to sell doughnuts. Kids are playing with iPads just about everywhere. I brought my iPad to AT&T Park for a Giants playoff game to keep an eye on stats and I wasn’t the only one. iPads are popping up at my friends’ weddings in lieu of paper notes for speeches. I can’t step foot in a cafe without seeing at least one iPad being used. 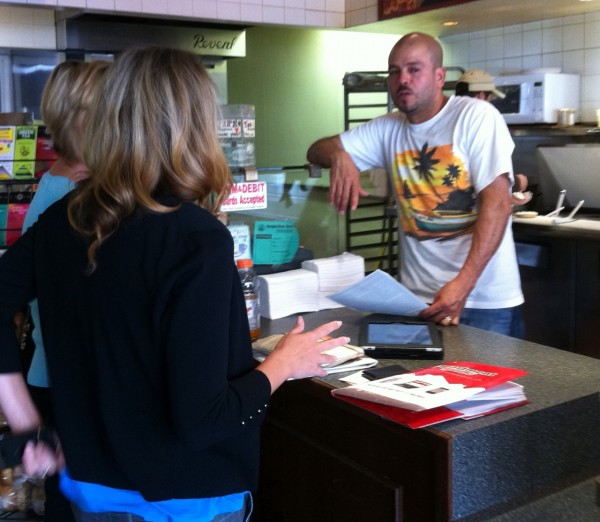 Our friend Kevin Tofel from jkOnTheRun came out to San Francisco to help host Mobilize 2010 and he was amazed that ‘everyone has an iPad.’ He even snapped photos of the jumbo iPad billboard downtown for his son because they don’t have building-sized Apple ads back in Pennsylvania.

San Francisco area residents’ tech buying habits aren’t typical compared to the rest of the country, but they are a pretty good early indicator of which products will succeed and fail. We’re generally on the leading edge of the buying curve. I remember back when the iPod was first gaining popularity and there was a disconnect between my friends/family that lived in the area and those that lived elsewhere. While people in the area were snatching up early versions of the iPod like hotcakes, those elsewhere were skeptical and said they were content with their portable CD players. Fast forward a few years and we all know how that turned out. 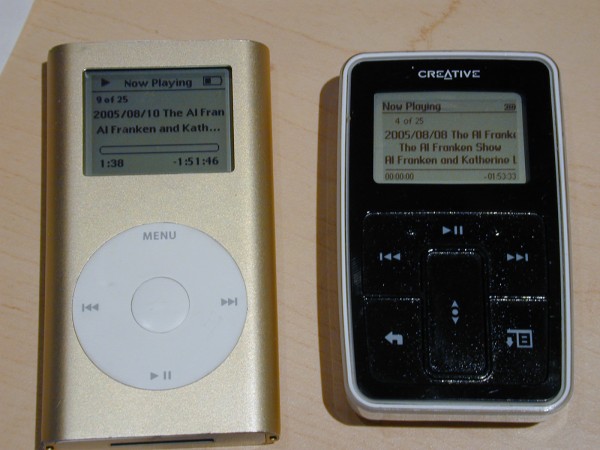 So what do I mean when I say that the iPad is the next iPod? I think consumers (and many businesses) are generalizing all slate devices as ‘iPads’, much the same way a lot of people refer to all personal media players as iPods. Even as new Android, Palm and Windows consumption tablets come out, the iPad will be the starting point for most people. In consumers’ minds it’ll be iPad vs. everything else. If they determine they don’t want an iPad, they’ll go look at everything else. I wouldn’t be surprised if we started seeing iPad versions of sites like AnythingButiPod.com pop up.

The iPod had more than its fair share of competition. In fact, many of the competing personal media players were better on paper. They often had more storage, could play more audio formats and had features like FM tuners. They were also cheaper than Apple’s iPods. But how many kids listed a Creative or Microsoft media player on their Christmas wish lists?

The situation with the iPad is similar. Samsung, HP, RIM and many others are readying competitive devices, but consumers are already digging the iPad. What should be even more worrying to everyone buy Apple is that the iPad is making serious inroads in the enterprise. 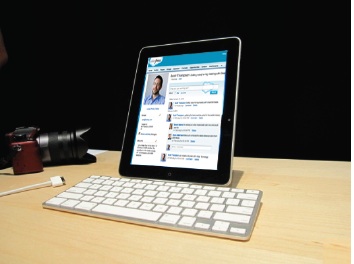 Companies like Salesforce.com are taking the iPad seriously, offering up apps so its millions of users can use the iPad to collaborate on deals and projects. It’s companies like salesforce that are the ‘then some’ that I referenced in the headline of this article. It would be pretty difficult for most salespeople, executives, engineers and other office workers to expense an iPod. But a $499 device that can help you communicate with customers, sell more widgets or access corporate databases is something that a lot of bosses would be glad to approve.

I spoke with SAP CIO Oliver Bussmann recently and he told me that his company is using about 1,500 iPads. To put that in perspective, the software giant has about 17,000 BlackBerry devices on its network. It took RIM years to build up that number of users at SAP, but in 5 short months Apple’s managed to equip nearly 10% of SAP’s mobile users with iPads. That’s with a first-gen product and before iOS4, with its improved corporate features, has shown up.

Bussmann said that for a slate to be successful int he enterprise it needs to be able to wake instantly, 10 hours or more of battery life and a 7 to 9-inch display. He explained that a relatively simple device like the iPad allows him to run complex reports, such as one system that has 4TB of in-memory data and a database that’s over 40TB.

Bussman explained that the PlayBook would be easier and possibly cheaper to deploy than the iPad, but that doesn’t necessairly mean SAP will equip thousands of users with PlayBooks.

“As a software company we want to be device agnostic in which devices we use and the devices we support,” Bussman said. “From a system integration perspective, this out of the box BlackBerry Server support sends a strong message.”

Unique features like BlackBerry integration are probably iPad alternative’s biggest strengths. But again, the PlayBook is a device that nobody has played with and there are questions as to if there’s even a working prototype yet.

Another thing to think about is that the only thing keeping Apple from selling more iPads is its manufacturing limitations. I spoke with an Apple employee who said selling them isn’t the problem, meeting demand is. Here in the U.S. it’s relatively easy to grab an iPad, especially now that Target and Wal-Mart are jumping on board. But there are many locations around the world that are back ordered.

Apple employees do not feel intimidate by the PlayBook at all. When I asked if the Playbook would eat into iPad sales I was met with a bit of laughter.

Another thing to remember is that Apple isn’t standing still. While others are waiting for Android 3.0 (Gingerbread), Apple is getting ready to unleash its second version of the iPad operating system and will surely announce a new version of the iPad before Android devices start shipping in any real volume.

Is the iPad the best and will it continue to be the best? I’m not so sure. But to the average consumer, the iPad is the only show in town and it’s good enough.

What do you think? Will the PlayBook, Galaxy Tab and other devices break out in the coming months or will the iPad become the next iPod.