So we finally got to see the iPhone 5 in its official, real-life glory, and it is everything we (reasonably) thought it would be. Exactly. With absolutely nothing else to it. Good enough for me, but let’s face it, “good enough” isn’t what people expect from Apple. If I was running the show, things would have been a little more awesome.

Look, no disrespect to Cook and crew. I understand there’s going to be some compromise when you’re trying to build a great device that can also be produced in the quantities needed for an iPhone. If you can’t source a hundred million components for a certain technology, you can’t add it to the iPhone. On the other hand, you have a hundred billion dollars in cash. If it was me, I would have taken this opportunity to put that money to work and make this iPhone a lot more than “good enough”. 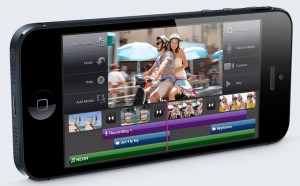 Yeah, I know big screens are all the rage, but c’mon, the screen bump had nothing to do with people wanting bigger screens. The only reason I can see for increasing the screen size was accommodate the extra space needed for LTE and the requisite larger battery. No interface changes, like an always-on app dock or notification area, to take advantage of the extra space. Any advantage added by the screen bump is meager at best. Forget that.

If the iPhone 5 needed more space for LTE, I would have defied expectations and made it thicker than the 4/4S. I’m not talking brick thick, but as much as would have been necessary to keep the footprint the same or close to it. Remember, the iPhone 3G was thicker than the original iPhone, so a thickness increase is not unprecedented. If people want thin, they can still buy the 4/4S.

And if making it thicker wasn’t an option, I would have done something with the OS to take advantage of the extra screen space. There simply isn’t anything special about the extra space as it is currently presented. I would have filled the empty space with the multitasking dock or a notification area that did not intrude on app canvas or some new variation on both. What I would not have done is fill it with black space until developers update their apps to fill the gap. If developers want their apps to fill the entire screen, great. I’d make that an option, not a requirement. 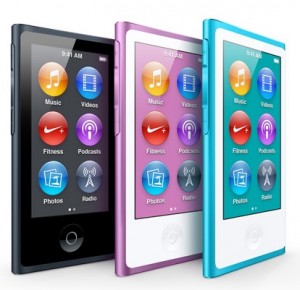 Best design change I saw was the music control buttons on the iPod nano. Great that they placed the volume buttons on the side like the iPhone and iPod touch. Best of all, they added a play/pause button like the one on the headphone control. Very useful for anyone using non-Apple headphones or streaming audio over Bluetooth. You know where else this might be useful? On an iOS device streaming audio over AirPlay.

I have wireless receivers all over the place, in my bedroom, in my office, in my car. I use AirPlay everywhere. To start and stop music, I need to press my home button once, then twice, then tap the onscreen control. Is that how the best portable music player in the world should function? Hell, no!

Like the old dock connector, the one home button system worked fine when music was all about headphones and docks. But that time is over. Today, people can stream music to their hi-fi stereo from their pocket. That change came from the iPhone. The iPhone needs to change along with it. 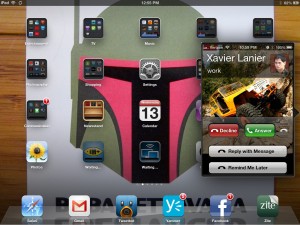 Tim Cook made a point that “only Apple” could have built an ecosystem like the one they have. Well, great, but it’s the same ecosystem we saw last year. Where are the new methods of interaction in this ecosystem?

We saw hints last month that iOS 6 might enable phone calls to be routed to paired iOS devices. This stirred up hope that other pairings might be possible, ala smartwatch style. That would have been a great way to tie the iPhone/iPod launch event together, but it didn’t happen. There’s no reason it can’t come later, but I would have debuted it at an event seemingly built around ecosystem, and not just with Bluetooth 4.0 but other technologies as well.

Perhaps the biggest disappointment with the iPhone 5 was the lack of any new technology other than LTE. A lot of people were hoping for NFC or wireless charging, and if I was in charge, I would have obliged them. Not because those technologies are currently worthwhile, but because Apple could make them great, just as they have with other technologies. 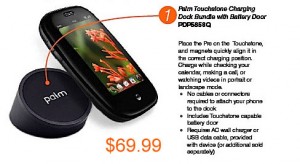 First thing I would have done is incorporate Palm’s “touch to share” system because there’s no need to reinvent this when it’s already out there going unused. And no, I would not have stolen it; I would have bought it. HP is worth $33B. Apple has more than $100B in cash. If a licensing or purchase deal couldn’t be reached, I would have bought the entire company, stripped out the Palm goodies, and then spun off the rest. That’s the kind of action $100B in loose cash is for.

With that in place, I would have swapped in NFC and implemented “touch to share” across all new Macs and iDevices. It doesn’t matter if NFC isn’t widespread and worthwhile now. By putting it in every Mac and iDevice, Apple can make it widespread and worthwhile with dozens of accessory makers clamoring for “Made for iPhone” certification and hundreds of vendors adopting “touch to pay” systems. That’s the kind of leverage Apple can exercise.

Likewise, I would have added wireless charging to every Macbook palm rest and iMac base. No separate charging bases (leave that to certified third-parties), just strict integration between Mac and iOS. Place an iPhone on a Mac to charge and sync, just like plugging it in but without the plug. That’s the kind of integration Apple can and should offer.

Headphones for the AirPlay era

It definitely is time the old Apple earphones got a reboot, and the new EarPods look like a fine enough way to do that, but it’s a half solution in the AirPlay age. To that, I would have added earhones of the same design but with wireless connectivity. Just two earpieces connected to a iPod shuffle-like base. Better yet, I would have added Bluetooth 4.0 to the iPod shuffle to turn it and any set of headphones into wireless headphones, or to make it work by itself as an iOS music remote control. The choice for the iPod shuffle is evolution or extinction, and I choose evolution. Make it an iOS accessory and sell more than ever before.

So there you go. If I was in charge at Apple, this is the iPhone 5 I would have released: no screen size change or better use of the larger screen; a play/pause button between the volume buttons; integration with other iOS devices; “touch to share” and wireless charging; and giving a fading iPod new life as an iPhone accessory. Would all of this had been feasible? Hey, if I could be in charge of Apple, anything’s possible.

But seriously, aside from buying HP (which, again, is an extreme, last-ditch example), is any of this that outrageous? I don’t think so. When Apple gave us an incremental upgrade with the iPhone 4S, that was fine. It was to be expected, just as the 3GS was an incremental upgrade to the 3G. But the iPhone 5 was a chance to make big changes to the form factor, and Apple didn’t take full advantage of the opportunity.

The changes they did make, such as the taller screen and Lightning dock connector, make sense from a design perspective, but did Apple do anything to make them special from a user perspective? No, they didn’t, and that’s the real problem with how Apple handled their iPhone/iPod refresh. There are no interface tweaks that take advantage of the larger screen, making it distinct from previous iPhones. They called the new connector “Lightning” but, unlike Thunderbolt, there’s nothing faster about it. Where are the perks that make me, as a user, want these features?

These are little things, but often it’s the attention to those little details that have made Apple products so wondrous. I hate to be one of those people who say “Steve Jobs would never…” but yeah, micro-management of every detail was one of his famous traits. I’m not saying Apple should put me in charge, but I definitely think they need a new critic-in-chief to point out all the little things they aren’t doing and they need it soon.