The Kindle Fire is a new $200 Android tablet that is already making a splash with consumers this holiday season. This week, we saw the first set of Kindle Fire reviews go up and found out that many reviewers were actually really hoping for a $200 iPad or a $200 Samsung Galaxy Tab.

The problem is, the Kindle Fire is not a $500 gadget, and many consumers have been clamoring for a cheaper tablet that meets most of their needs — needs that differ greatly from those of many reviewers and geeks. The Kindle Fire is taking on the Nook Tablet and Nook Color, and hoping to capitalize on the Good Enough Revolution to succeed. 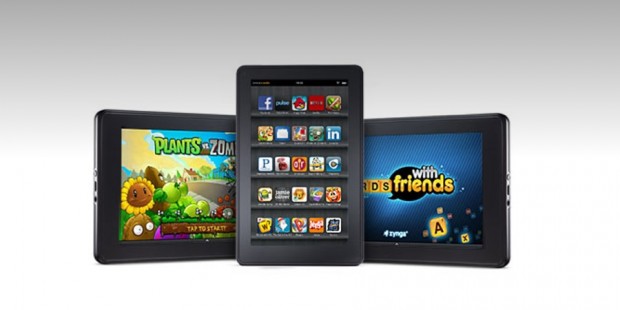 Kindle Fire is no iPad

If you read our Kindle Fire review roundup, and the respective reviews, you’ll find that many reviewers moan about the lack of features found on these high-end tablets. Most commonly the Kindle Fire gets called out for the lack of HDMI, USB, a unibody construction, 3G, cameras, a microphone and the fact that it has just 512MB of RAM. These features are commonplace on tablets like the iPad 2, Galaxy Tab 10.1 and others, but not found on the Kindle Fire.

There’s a good reason that the Kindle Fire doesn’t have all of the features as the iPad: Amazon is selling the Fire at a loss. Instead of making $250 on each tablet, Amazon is taking a $10 hit so that it can sell eBooks, music, movies and Amazon Prime subscriptions. Consumers are already excited about the price and features, so much so that Amazon has reportedly sold 200,000 to 250,000 Kindle Fires already.

Even without HDMI, USB ports, cameras, 3G and GPS, the Kindle Fire is good enough for most users. It’s more about convenient access to what consumers want than the spec sheet. If you look at our comparison of the Kindle Fire, Nook Tablet and iPad, you’ll see that the best places to compare the devices is on the availability of apps, music, movies and comics. The performance of these devices will be revealed more in the next week.

Kevin Purcell has the Kindle Fire in for review, and notes that there is some lag, but the Fire performs better than the Nook Color. While not as snappy as the iPad, it comes pretty close to matching the Transformer in terms of basic performance.

The Good Enough Revolution, which WIRED coined back in 2009 talks of the success of the original Kindle, and the same principles have helped the Kindle Fire. Arguably, it is also why the Nook Color has been a hit with many consumers, individuals who want more than an eBook reader, but less than an iPad. But who don’t want a horrible Android tablet.