Shoppers who purchased an Xbox One sometime this year without a Kinect 2 sensor can finally buy the device separately direct from Microsoft or a handful of other retail stores today.

The online stores of GameStop and Amazon began stocking the Kinect 2 sensor for the Xbox One earlier today. Shipping from both retailers seems speedy, with Amazon reporting that buyers can get the Xbox One Kinect Sensor bundle with next day delivery now. Microsoft’s own online store is offering users two-day delivery. Across the board, Xbox One Kinect Sensor bundle costs $149.99. That’s a big accessory purchase, but Microsoft is helping users justify the added expense with a free game. 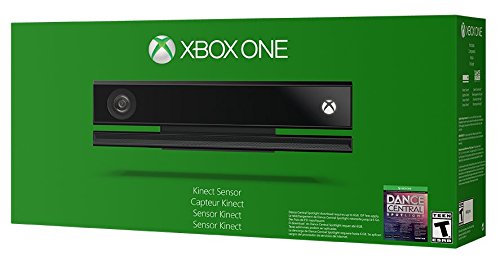 To be clear, the Kinect 2 sensor is compatible with more than just Dance Central Spotlight. Many other Xbox One games, like Madden NFL 25 for example, allows Xbox One owners to interact with their games. Players can break huddles and change plays in Madden NFL 25 with just their voice.

With the two pieces of the puzzle together changing a television channel is as simple as saying “Xbox, watch ABC Family.” The “Xbox, On” command can turn on audio equipment, the Xbox One itself and a television set without users pressing a single button. The Xbox One also users the Kinect 2 sensor to enable high-definition video calls over Skype.

Users who purchase this new Kinect 2 bundle will spend $50 more than what they would have spent had they just purchased the $499 Xbox One to begin with. That’s not unheard of – the original Kinect 2 sensor cost users $150 too. That being said, Xbox One owners who were already not thrilled about paying an extra $100 for the Kinect + Xbox One bundle definitely aren’t going to be happy being penalized an extra $50 for waiting to buy the sensor separately.

Holiday shoppers who purchased an Xbox One for their family earlier this year seems to be the target here. That makes sense as the Kinect 2 sensor is primarily geared towards enabling the entire family to play games with the need for a controller. Besides Dance Central Spotlight other Kinect enabled games include Kinect Sports Rivals and The Fighter Within. More complicated games use the Kinect 2 sensor, but just for ancillary activities like giving commands.

Microsoft’s own retail stores are also carrying the Kinect 2 sensor with the same digital copy of Dance Central Spotlight. Unlike other online stores, most purchases from the Microsoft Store website include free shipping. Amazon offers free shipping for orders over $35.