The LEGO Movie is the most popular movie in theaters now with LEGO characters entertaining kids and adults with funny lines and slapstick comedy like the latest LEGO Movie blooper trailer highlights. There is an official The LEGO Movie app and a collection of other excellent LEGO apps for kids that run on iPhone, iPad and Android worth checking out.

Whether you are going to see The LEGO Movie or already went, these apps extend the experience with downloads, background details, information about LEGO kits seen in the movie, allow kids to create their own Mini Figs and much more. 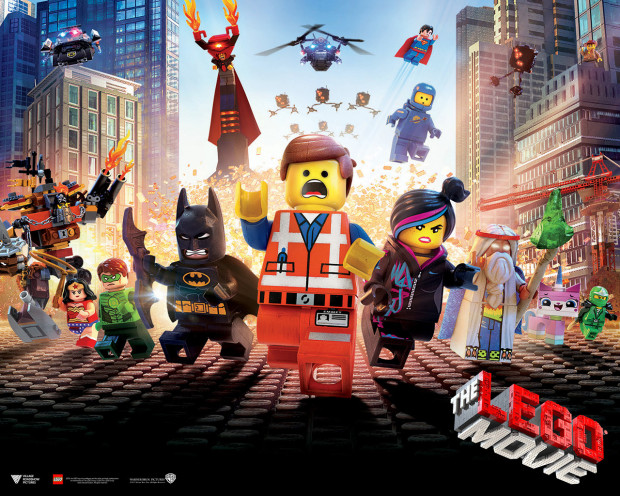 The LEGO Movie is a big hit and with it comes a number of LEGO Movie apps.

Here are the essential LEGO Movie apps to bring the magic of the LEGO Movie to your iPhone, iPad or Android device. Before we dive in to the LEGO apps, be sure to watch the hilarious LEGO Movie Blooper trailer below.

The LEGO Movie is in theaters now and many of the LEGO iPad apps are on sale or offer free portions for kids to try before parents can unlock the full game with an in-app purchase.

Here are the essential LEGO Movie apps that kids can enjoy on pretty much any smartphone or tablet. Most of these are free apps, while others cost up to $4.99.

The app also includes a trailer and images for The LEGO Movie game that is coming to consoles with over 90 characters running around a world of LEGO bricks. 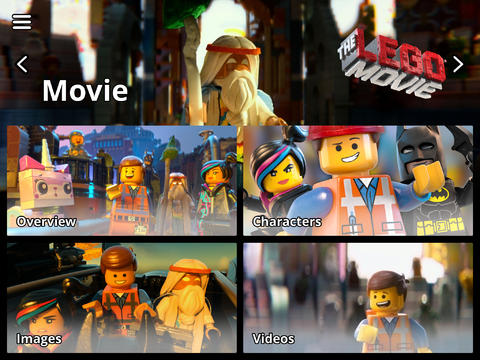 The LEGO Movie App and the LEGO apps are perfect movie companions.

Kids can also see the LEGO sets for in movie vehicles and locations complete with photos and videos showing the many thing that they can make with a single set. There is no way to order the sets in the app,  but there is a name and a number for each set so it is possible to find favorites at the store.

The LEGO Movie app lets kids create a LEGO Sig Fig with a customized look and accessories and then save it to the device or share with a friend. This is a fun way to make their own MiniFig There is also The LEGO Movie Brick Bust game that has kids match three bricks to remove them from a  board like Candy Crush or Bejeweled, but it is a not as exciting to play as the LEGO games listed below.

If kids are Excited about the LEGO Movie, download the free LEGO Movie maker app to help them make their own LEGO movies with stop action photos. This is a cool app pushes a creative side of kids instead of just playing games on the iPad or iPhone. Check out one example of a LEGO Movie Maker video below.

The LEGO Movie Maker app uses the LEGO sets that kids already own, making it a fun way to combine an app with real toys. The movies save to the camera roll for sharing later. It is recommended for kids four and up with parental supervision recommended. 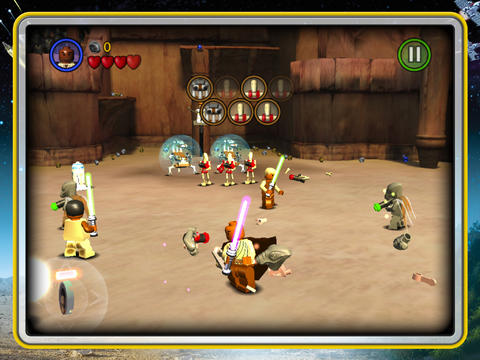 LEGO Star Wars for the iPad and iPhone keeps the movie fun continuing.

The LEGO Star Wars app allows kids to control LEGO Star Wars characters through all Star Wars episodes across a variety of planets and settings. Episode I is free and the others are available as in app purchases with individual episodes at $1.99, packs at $3.99 and the full game at $9.99. 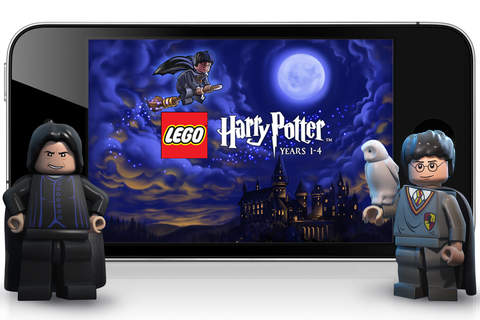 The Lego Harry Potter game is a great LEGO movie companion app until the movie game comes out.

LEGO Lord of the Rings 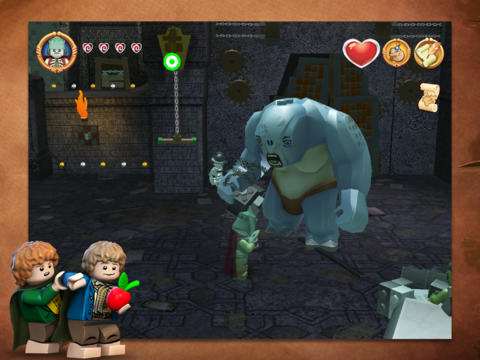 LEGO Lord of the rings is another fun app for LEGO fans.

Download LEGO Lord of the Rings for iPad and iPhone 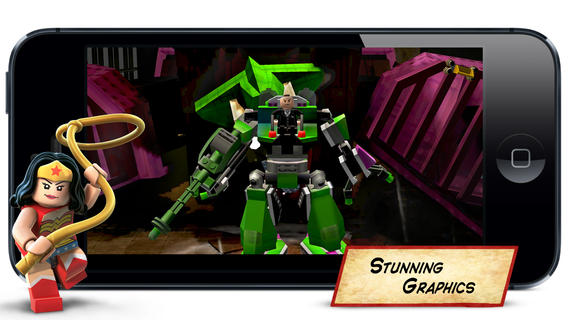 LEGO Batman for iPad and iPhone delivers a LEGO Movie experience with superheroes.

LEGO Batman is a $5 game to download that comes complete with a DC universe of super heroes including 80 playable characters, hours of gameplay and superhero gadgets and abilities.