LG may have been one of the last companies to début a product in the wearable computing space, however at least its entry is arriving  in style. The company has managed to pack in a sophisticated accelerometer and a touch enabled OLED display into the Lifeband Touch.

Costing $179.99, the Lifeband Touch has a more advanced look than other smartwatches like Sony’s SmartWatch 2 and the Samsung Galaxy Gear. That being said the device supports many of the same features from rival devices. 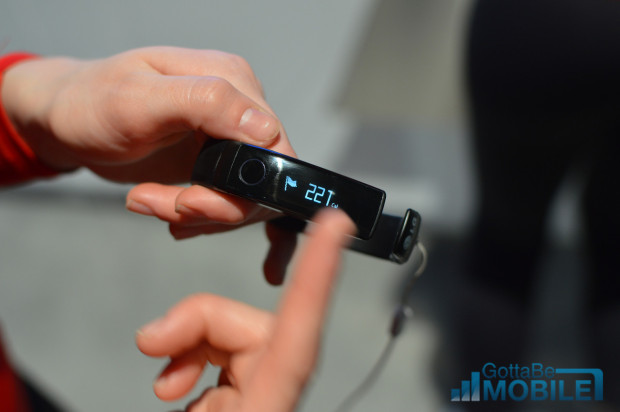 Wearers can monitor the wrist watch for their information on their latest texts and other calls if the have the device’s companion app for iOS and Android installed. In addition to surfacing notifications, the Lifeband Touch also helps users monitor their health with sensors that report back on the user’s physical activity. Users won’t get stuck using LG’s app though, the company says that the smartwatch will interface with popular workout applications like RunKeeper, MyFitnessPal and more.

Users can control music playback through the device’s touchscreen display.

LG is already allowing users to submit their email address to receive a notification on the day the company starts shipping the device. Of course, LG may want to get the Lifeband Touch smartwatch on store shelves as quickly as possible. The device already faces competition from about a half-dozen smartwatches and wearables like Google Glass. For example, the Samsung Galaxy Gear has already made large gains in the smartwatch space.

The Lifeband Touch will work with any iPod Touch and iPhone running iOS 6 and iOS 7. Only devices with Android 4.3, Android 4.4 and Android 4.2 on the LG G2 and Samsung Galaxy S4 will support the LifeBand Touch, according to LG. 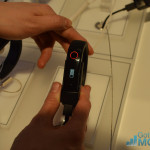 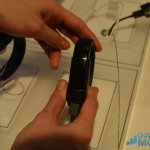