The Myths and Mysteries of 4G Coverage Continue 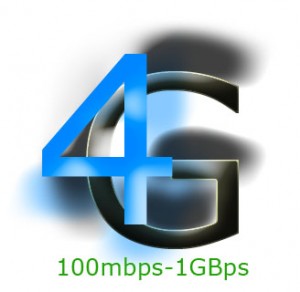 Sascha Segan at PC Magazine has an interesting article, How AT&T Totally Flubbed 4G, that is actually more condemning of AT&T than the title suggests. In it he points to testing that AT&T’s 3G is actually better than what AT&T is calling 4G and some of the potential reasons why. It’s worth a read.

I’m both fortunate and unfortunate in where I live. I already know that 4G coverage here will be sometime off in the future. Sprint reps have actually told me that we may never see it on their network in this area. I’m fortunate because that means if and when it rolls out here some of the confusion will most likely have settled down. If you look at coverage maps of the carriers for 4G you’ll see that they focus on the major markets at present, and there’s certainly logic there from a business perspective. Where the logic escapes me though is the marketing mumbo jumbo in the race to compete.

Whomever is counting the beans and pushing the paper around the offices of the carriers should realize that folks are starting to pay attention to the confusing signals, and I’m guessing that eventually the old law of diminishing returns will kick in at some point. The overriding marketing theory (we see this in the Tablet space as well) is that you’ve got to be in the game to compete even if you’re fielding a less than competitive team or in this case product. That leads to marketing driving the product cycle and as this new generation of mobile broadband starts to take hold, customers will eventually lose interest in the “gotta have the latest and greatest” if the latest and greatest isn’t that grate or is always late.

I may be talking out of my head (or another part of my anatomy) here, but I’m thinking that any short term gains companies might be seeing are just going to become harder to tally in the long run.