The entire gaming community gasped during the Consumer Electronics Show when Sony announced PlayStation Now. At the time, many believed Sony could be on the cusp of a major revolution in gaming, a single product for revolutionizing the way users acquire and play games. The final version of the service isn’t ready just yet but PS Now users can try PlayStation Now on their console right now. 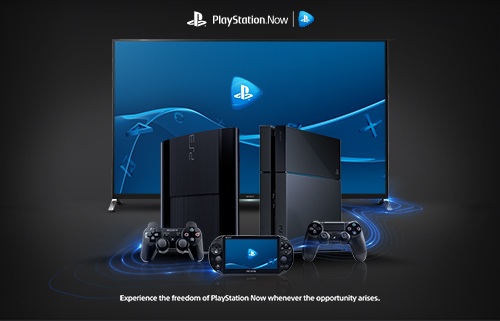 Instead of segmenting PS Now games into a separate store and making them harder to find, PS4 users will find that PS Now games are integrated directly into the PlayStation Store. To be clear, PS Now is less of a way to purchase PS3 games to play on the PS4 and more of a way to let users rent PS3 Games. Rental times for games include 7 days, 30 days, and 90 days. Users can also opt to just rent a PS3 game for as little as 4 hours.

For the most part, the experience for the end-user should be seamless. Users can obtain trophies from the PS3 games they rent on their PS4 through PS Now. Leaderboards, friends list, leader boards work too. When users save games in PlayStation Now those saves are stored in the cloud. Sony is promising that users will see 4 hour video game rentals for as little as $1.99. Many of the titles will include downloadable content at no extra cost, making PlayStation Now easily one of the cheapest video game rental offerings available.

For now, the service is only available through the PS4 as a cool way to get backwards compatibility. During the Consumer Electronics show Sony announced that PS Now would eventually be available on television sets, smartphones and tablets. Users who want to stream PlayStation now games on those devices will need a decent internet connection and a DualShock 3 controller.

For now, the consensus seems to be that the PlayStation Now service is holding up and working well. That’s great considering what Sony is trying with the service hasn’t been successfully pulled off on this scale. When a user rents a PlayStation Now game they’re not downloading the actual game. Instead, they’re playing the game on a miniature PS3 on Sony’s servers. What they see on the screen is just a video stream of the actions they’re performing on another PlayStation.

Being able to play a game without purchasing expensive hardware is the next major evolution in gaming, according to long-term watchers of the gaming business in general. That alone would be enough to make PlayStation Now the biggest innovation in gaming yet, but there are also real world ramifications if PlayStation Now takes off. Microsoft’s Xbox One console doesn’t support backwards compatibility and if the company is working on a streaming video game service it hasn’t shared anything about it publicly. PlayStation Now leaves the Xbox One at a fundamental disadvantage, overnight hundreds more games are available to PS4 users.

The PS4 is available for $399 with a single controller. PS4 owners don’t need to purchase the DualShock 3 controller to use PlayStation Now games. A subscription to PlayStation Plus isn’t required either.