There’s another Kickstarter project brewing that I’m going to support. This time, it’s an iPad accessory that doubles as an iPad stand and a speaker amplifier.

Like most iPad stands, the Pocket Stand can clip onto the iPad to support it in portrait or landscape mode. It can also bump up one edge when using it flat on a table.

The real magic happens when you place the Pocket Stand over the iPad’s speaker. An acoustic cavity channels the iPad’s sound towards the user, resulting in a 7-10 db boost! 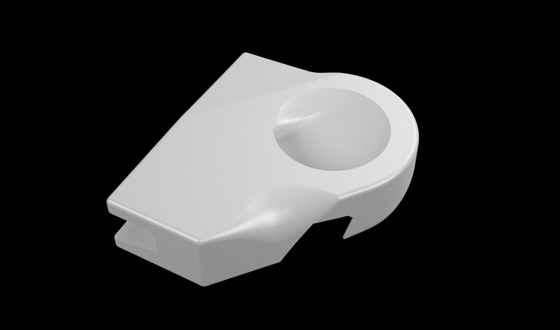 I could’ve really used this last night as I watched Full Metal Jacket on my iPad via the Netflix app.

The inventor of the Pocket Stand is looking to raise $15,000 by March 18 and has already raised $806. A pledge of $20. Payments won’t be processed unless the goal is hit.

There’s some great projects coming out of Kickstarter, including the Glif and the Lunatik iPod Nano watch band, which I reviewed yesterday.

More info over at.