This evening I followed a link to YouTube from a retweet from James Kendrick. It’s a video from HTC that shows a time line of their innovation. I somehow missed this one during my 6 months off. Don’t laugh at some of the devices shown in the video, I know some of you had them and so did I. I still have the iPAQ and had a few others shown in the early time line. 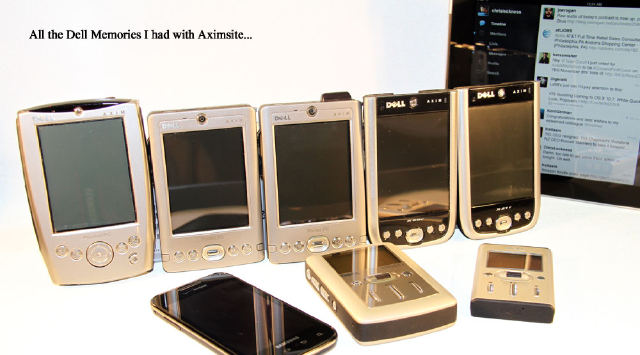 Are there HTC made devices in this photo?

I am very fond of HTC and look at them as one of my own children. I have watched them grow up fast. I remember when they broke off their partnership with i-mate and set forth to bring their designs to the people under their own name. When HTC first started hitting US carriers with their phones, the carriers branded the HTC phones with their own names. Somewhere between the AT&T Tilt (3 years ago already) and the HTC Tilt 2, HTC started a branding campaign to get their name out there. Did you know that the Dell Axim X50/X51 was designed by HTC? The X51v was my favorite Pocket PC of all time too.

What was your 1st HTC device?