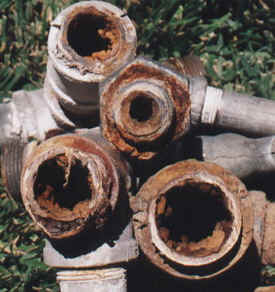 News broke over the weekend that Rupert Murdoch is going to launch a Tablet/Slate based news product, and of course it will cost you to view it on your Tablet/Slate. The blogosphere erupted with a resounding chorus deriding Murdoch’s proposed venture. No surprise there. Of course most of that response is built on the proposition that these content outlets who want to wrest a dime out of users are behind the times. Frankly, I think those who are trying to find a way to make a buck selling content have a bigger problem and it isn’t with the burgeoning cultural shift away from paid content. I think the larger looming issues are with connectivity and saturation.

Remember when the iPad came out and one of the things it promised (and all those future Tablet/Slates due in the ensuing Tablet/Slate tsunami) was some sort of salvation for the long suffering news and content providers? We’ve seen stabs at media outlets trying things out on the iPad and none have met with any resounding success to my knowledge. Wired, Time, and a few others have given it a try, as have Murdoch’s Wall St. Journal. Part of their problem has been coming up with something compelling enough to get users to plunk down the cash. I have to admit, I’ve tried out several of these products (not the WSJ), and I find them mostly lacking and not special enough to get me to go beyond the first iPad issue.

Another problem is saturation. You can basically follow any story somewhere for free on the Internet. So, why pay for it. Recent survey’s are saying that consumers are even less trusting of newspapers and TV for news content. My personal belief is that Murdoch and his brethren have brought this on themselves by continually playing to the lowest common denominator to make a quick score and that is finally catching up to them. But that’s another story for another post.

But I think issues with broadband connectivity is what will eventually keep any of these supposed new products from really taking off. Like I said, I’ve tired out a few. I’ve even given products like Flipboard a good try. What eventually makes me delete these apps off of my iPad is that regardless of whether I’m on WiFi (I have a WiFi only iPad) or am using the MiFi card to connect, the content loads in so slowly (even with a good connection) that I quickly tire of waiting and just move on. Several friends who have a 3G enabled iPad have commented to me that they feel the same way. The bottom line is we want the content the minute we tap on the icon, not to sit and watch it load. Take the newly released Slate App for the iPad that came out this weekend. It is nicely designed, relatively easy to navigate, costs nothing (it is ad supported) and could be a contender. But, on the MiFi card, it took far too long for me to load up the content. On WiFi it is a better experience, but still takes too long. This App is graphic and media heavy, as are the full page ads.

With all the fuss going on about Net Neutrality and Google and Verizon’s supposed plan for legislation that essentially says that carriers can do what they want in the wireless spectrum, I think content providers have to be very, very careful how they design their Apps and web pages for the future. I interpret Google and Verizon’s position as one that acknowledges that the carriers recognize their current network weaknesses and would like to keep as many restrictions on mobile broadband as they can going forward. But it isn’t just overloaded App design that causes the problem. It’s webpages as well. Having lived in Chicago for twenty years, I still follow Chicago sports teams, and loading up the Sun-Times or Tribune websites on the iPad (or a desktop browser for that matter) is an exercise in waiting. If you watch what’s loading when, you’ll notice that it is the rich media and the ads and ad monitoring services that slow things way down.

So, for those fretting about Murdoch and his ilk and their pay wall concepts, I say don’t worry too much. There will be plenty of providers out there where you can get the news. The smart ones will design Apps and webpages that can squeeze through the clogged up pipes with ease to bring info to our “gotta have it now” eyeballs.