Finding a truly immersive role-playing game isn’t as easy as some might assume it is. Role-playing games are meant to be immersive, you’re meant to feel like you’ve left the confines of your living room and ventured into another world. This new world has different rules and is a place where anything is possible. Lots of video game developers try to deliver on these promises, but CD Projekt Red’s The Witcher 3: Wild Hunt looks to be the first game in a while to deliver on that promise.

When The Witcher 3: Wild Hunt arrives on the Xbox One and PS4 May 19th gamers can expect a truly immersive world. The realm of The Witcher 3 is filled with never-before-seen beasts, huge areas to explore and things to experience. 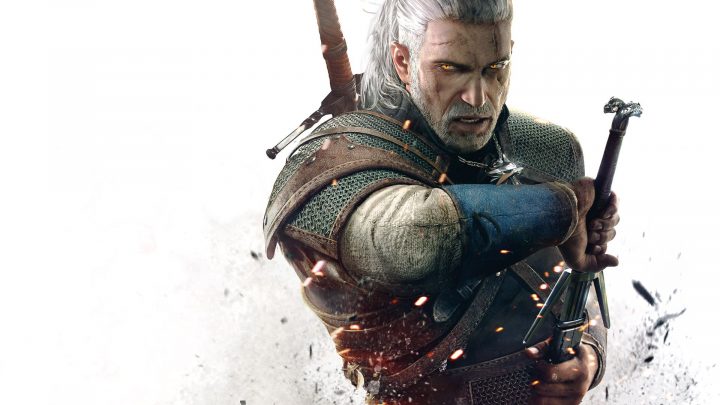 Series protagonist Geralt is back for The Witcher 3: Wild Hunt. You’ll still explore the world as him, picking up new abilities and new skills are you try to stop a new faction of villains from destroying everything people in the Northern Kingdom care about. The Wild Hunt, this game’s villains won’t stop until everything is destroyed.

At the same time as you’re trying to save the world, you’re acting as a bounty hunter going from place to place in search of captures. The decisions you make as both bounty hunter and hero have a profound effect on the world you see around you.

Players can do everything from play card games to beat up out of rivals in a bar fight.

There Are Inhabitants Galore

The Witcher 3: Wild Hunt doesn’t differ that much from past games in terms of just how many thing’s you’ll encounter. A world that’s alive can’t just involve your character. There needs to be other people to meet, things to look out for and places to explore. CD Projekt Red refers to the things that live in the game world as inhabitants, and there are plenty of them.

As Geralt you’ll travel to new places and meet new people. Social classes and different standings are reflected in the game. You’ll meet people down on their luck and hoping to make a new start. You’ll find other characters with enough money to practically do anything they want.

At the same time as you’re meeting new people, you’re running into new animals both interesting look and dangerous. Dangerous creatures lurk that you can kill, but you’re better off spending sometime destroying their nest. The Witcher 3: Wild Hunt’s immersive gameplay even extends to these encounters. Each animal environment has a delicate ecosystem that has profound consequences if disturbed.

Having a wealth of individual characters available to you doesn’t really do anyone any good if they are all stacked on top of each other. The Witcher 3: Wild Hunt is rich with creatures and humans, but luckily they are all spread out in a huge game world.

CD Projekt Red is encouraging gamers to mount Geralt’s horse and explore the game’s different areas. Every role-playing game tries to create a massive world, but this game goes a step further. The real world doesn’t just have mountains, hills and valleys. There are cave systems to admire and waterfronts to gaze longingly at.

The Witcher 3 offers both of these things too. As players roam the world they’ll find new creatures native to some areas and not seen in others. New places with history to explore dot the landscape. This entire time you’re dealing with changing weather conditions. Players can even boat and swim to find new treasures and extras

The heart of a role-playing game’s combat experience is it’s weapons. Players live or die by the weapons they can craft and the upgrades they can earn. The Witcher 3: Wild Hunt isn’t any different in that respective, just a lot more nuanced.

Geralt hunts monsters and to do that effective he needs the latest weaponry. Like other games in the genre users can craft their own axes and swords and gear. Special armor and extras change each version of Geralt, letting players customize the hero to their playing style. Hand to hand combat doesn’t have to be the main focus. Crossbows are available too.

The Witcher 3: Wild Hunt Has Plenty to Do

Where The Witcher 3: Wild Hunt truly shines is its impressive amount of content. There are hours of things to experience in this game, according to early reviews. Forget playing a campaign for 20 hours and then moving on, there’ll always be some other location to visit, something else random to do. For the people who only purchase a single game a year, this is key. Beyond what’s included in the game, CD Projekt Red plans on adding more content and more things to do in the form of expansion packs.

The Witcher 3: Wild Hunt will cost $60 on disc or digitally when it launches son May 19th at retail stores like GameStop. Gamers can purchase the title on its own and get the expansion packs later or get the base game and an expansion pass.