The Xbox One Proves Microsoft Needs to Reign In Metro

There were no users left on the sidelines when Microsoft originally debuted its Metro Design Language with Windows Phone 7 back in 2010. Characterized by its almost monochromatic interface and flat design, Microsoft billed the new interface design and paradigms as both “fast and fluid” and “authentically digital.”

The company made its intention to redesign all of its interfaces around Metro clear and so far it’s made good on that promise. Every product inside Microsoft, no matter how small uses these principles now. For the first time, users can instantly identify a Microsoft product. That Microsoft was able to rally around something, anything as big as it this is worth celebrating. Or at least it would if there wasn’t one serious problem.

Many interpretations  of the Metro Design Language feel out of place. Take Microsoft’s Xbox One console. 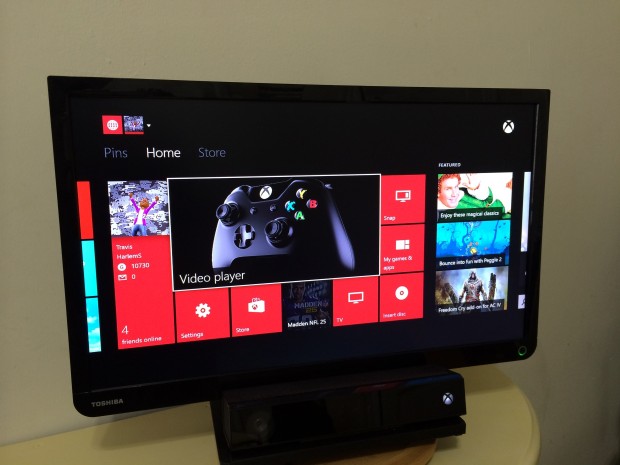 The Xbox One’s version of Metro leaves the console feeling rather dead.

While Metro came to the Xbox 360 a long time ago, Microsoft took the design principles to new places with its latest entertainment console. The Xbox One has all the hallmarks of Metro. Users are greeted by a completely black screen that is dominated by rectangular and square icons.

I refer to these as just icons instead of Live Tiles because unfortunately, none of these tiles actually update in any meaningful way besides the user’s profile. There’s no new related information bubbling up to the screen like on Windows 8.1 or Windows Phone. Users can’t customize these tile’s sizes. As such, there’s no prioritizing the apps that are more important. Everything is the same size if it’s been pinned to the Xbox One’s Dashboard. 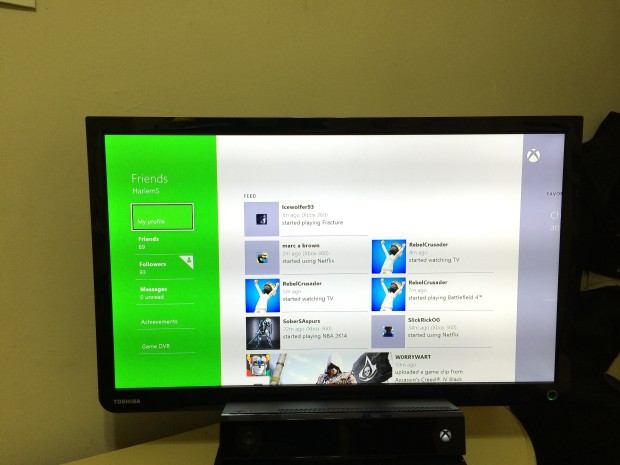 The Friends app on the Xbox One has around 30% of unused screen real estate.

Then there are the apps themselves. Like other Microsoft products, apps on the Xbox One are sometimes dominated by huge blank spaces that make them feel off somehow. Most apps in Windows 8.1 try to balance that empty space by putting more options front and center. Instead, the Xbox One leaves the app interface unbalanced. As such, some apps on the Xbox One look horribly underdeveloped and devoid of any options, even though in many cases they offer so many options that the Xbox One’s Menu button feels akin to right-clicking in Windows.

Let’s get one thing straight now. I happen to like the Metro Design aesthetic in some of Microsoft’s products. Outlook.com and Windows 8.1 manage to take the square-infested interface paradigm to new places. They both feel natural and unobtrusive. Windows 8.1 manages to make Metro feel customizable and personable, and the Windows version of Xbox Music, which was a disaster until Windows 8.1, manages to accurately showcase how attractive and functional a Metro interface can be. What gets Microsoft’s designers into trouble is that these three products are standouts for now.

I’m not saying Microsoft should abandon Metro. As a whole, Microsoft’s push to unify designs across products is the right move from a marketing perspective. However, the company has to either reign in the designs of individual product teams introducing barely fleshed out ideas or make a consistent set of experiences available in all the products based on Metro for this to be the right move for consumers.

It’s not enough for every product to have colored squares. There needs to be more here that users can rely on across all versions of Metro, and by more, I mean a lot more than just pinning apps.