There's A Map for That on This Guy's Head 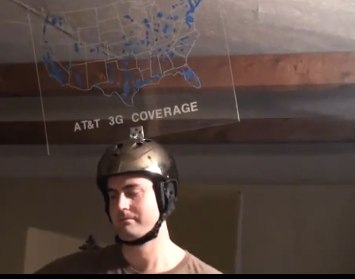 I guess some folks like to take things to extremes. Verizon’s There’s a Map for that campaign has obviously resonated with folks. Including the guy in this video who decided to wander around with an AT&T 3G coverage map on his head. Lousy camera work in the latter half of the video, but it is a hoot to watch the AT&T and Verizon store employees respond to him early on in the video.