Ever since a teardown report was published revealing that the Nexus 4 smartphone by LG contained an LG radio following Google’s official denial of working with LTE networks around the globe, there has been conflicting information on whether the Nexus 4 will work with 4G LTE GSM networks, such as those operated by AT&T Mobility in the U.S.

LG recently went on record with Techradar to explain the situation on LTE support, stating that the Nexus 4 smartphone is still lacking essential components to make LTE a reality despite containing the chipset. The presence of the LTE chipset is due to the fact that Qualcomm combines the modem and CPU into one design:

In order to provide the best possible specification for Nexus 4, LG utilised the same powerful Qualcomm Snapdragon chipset as can be found in its 4G LTE product, namely LG Optimus G.
This powerful chipset is only available with a combined processor and modem and cannot be implemented separately. 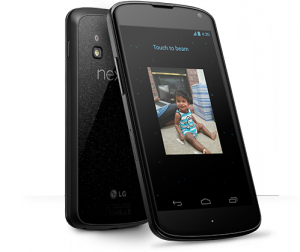 And according to LG, even with the LTE modem on-board, LTE still cannot be activated due to missing components, like a signal amplifier and filter. Essentially, the Nexus 4, according to LG, is ‘an Optimus G for the 3G market.’

However, this is contrary to what Canadian Nexus 4 smartphone owners have been reporting. According to a post on GSM Arena, subscribers of Canadian prover Telus can enter the following code into the phone dialer to activate LTE on their handsets while other carriers in Canada require a manual custom APN setting: *#*#4636#*#*. Subsequent speedtests confirm that LTE is in fact working on the Nexus 4 for Canadian networks on Band 4, which is the same band employed by AT&T Mobility in the U.S.

It’s still unclear if the same tricks can force the Nexus 4 into LTE mode on AT&T at this time, and following LG’s official response to Techradar, it’s unclear if LTE will work. On AT&T in the U.S., LG offers the Optimus G, which is a close cousin of the Nexus 4.