The new Lenovo ThinkPad X1 Carbon is a gorgeous ultrabook that sets a new standard in the usually bland world of business PCs. Weighing just a hair under three pounds, the ThinkPad X1 Carbon packs a nice big 14″ display and lots of creature comforts that make the X1 Carbon a joy to use.

I first saw the Lenovo ThinkPad X1 Carbon back in May at a Lenovo press event and immediately liked what I saw. Unfortunately, I only had a few minutes of hands-on time with the X1 Carbon at the time. FedEx delivered a review unit yesterday and spent worked on it for a little over eight hours. That’s not enough time to put together a thorough notebook review, but it’s plenty of time to realize that the X1 Carbon is something special. We’ll publish our full X1 Carbon review shortly, but in the mean time here’s a list of things we love about the ThinkPad X1 Carbon. No, this notebook isn’t perfect and it’s not for everyone (more on that later), but it redefines what a business notebook should be. 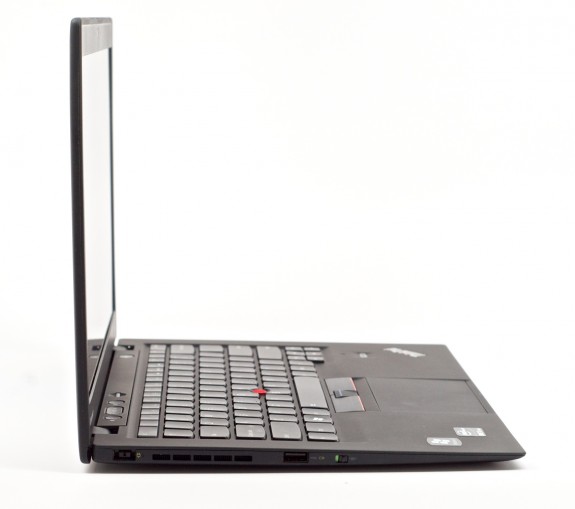 This is one of the best feeling notebook I’ve ever used. Its 2.99lb weight and .71-inch thickness certainly help in this matter, but it’s more than just measurements and specs that make gadgets feel good in hand. It’s very clear that Lenovo built this device as a flagship and its designers put in extra effort to make it feel more personal than the typical business notebook. The computer feels solid all around and the small touches make a big difference. 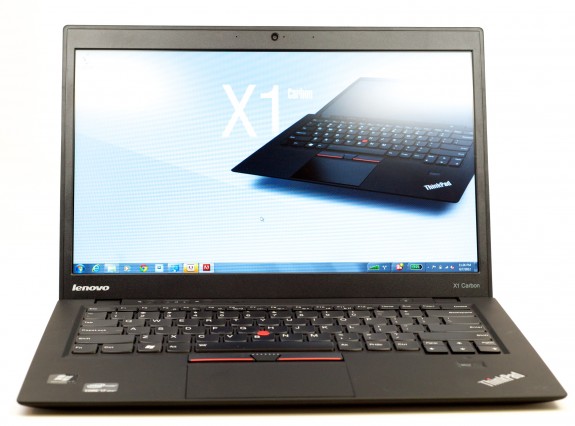 Some users simply won’t trade a bulky notebook with a 14″ display for a PC with a 13.3″ or smaller display. Users no longer need to make that tradeoff with the X1 Carbon. This notebook has about the same footprint as 13″ counterparts, but Lenovo still managed to shoehorn  in a 14″, 1600 x 900 display.  What’s even more important is that the 14″ ThinkPad X1 Carbon has an anti-glare display, which is essential for mobile professionals. The original ThinkPad X1 came with a glossy display, which isn’t the best choice for those that have to work in varied lighting conditions. 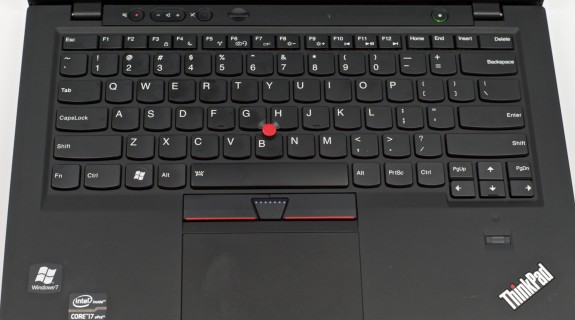 ThinkPad purists might not approve of the X1 Carbon’s island keyboard, but they shouldn’t knock it until they try it. My fingers immediately felt at home on the X1 Carbon’s keyboard and I was able to type at full speed from the get go. The keys are 30% larger than those on the original ThinkPad X1 and there’s enough space between the keys to keep me from mashing the wrong keys when I write quickly. Combine that with the relatively deep, springy key travel and you have a luxurious keyboard on a very thin PC- talk about a rarity.

Keyboard quality is often overlooked by notebook shoppers, which is a shame. If you spend hours pounding out words non-stop like I do, you’re going to love this keyboard. 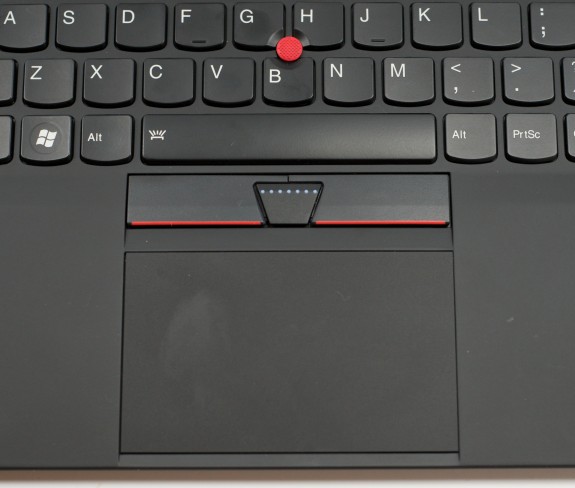 The multi-touch touchpad is silky smooth. The glass touchpad feels so smooth that it almost feels like there’s a cushion of air between the surface and fingers. Oh yeah…it actually works. We’ve seen PCs ship with buggy touchpads in recent years and gotten used to waiting for software updates to fix glitches, especially for multi-touch gestures. The ThinkPad X1 Carbon’s touchpad flawlessly recognizes taps, double taps, pinches and zooms.

The ThinkPad Carbon X1 has a sealed battery, which means you can’t swap in a spare if you’re running low on juice. Lenovo also did away with the optional slice add-on battery we saw on the original X1. That means the Carbon X1 is left with a single internal battery with a maximum (according to Lenovo) seven-hour runtime. That’s plenty for a lot of users, but what about road warriors? Lenovo hasn’t completely forgotten about them.Lenovo designed the ThinkPad’s battery charging system to help alleviate this issue. The battery can go from drained to 70% charged in just 30 minutes. Another five minutes on the charger will bring it up to 80%. The last 20% takes an additional 55 minutes. The point is, you can go from drained to back in business in the time it takes to gobble down a quick lunch.