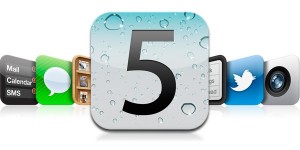 Today marks two weeks into the era of IOS 5. I’ve been using it on an iPhone 4, and iPhone 4S, an iPad 2, an original iPad, and an iPod Touch. Apple made some nice changes with iOS 5 and more importantly introduced some changes that hopefully will pay off in the future. But at the moment some of those key changes only offer hints about the future. Here is a summary of my thoughts after spending almost two weeks with iOS 5.

With IOS 5, Apple continues on its path towards simple usability. Most things seems to be right where you want them to be and you can tell that there was thought behind the UI and how the majority of users will interact with an iOS 5 device in most circumstances. While this may seem like a dumbing down for some, I increasingly find it refreshing. That may be more about me than the design of the UI.

Apple wants us to think post-PC with iOS devices. Apple calls the feature PC Free. iOS 5 addresses a number of things that allow this thinking to be closer to reality. I have to admit I’m not quite ready to cut any cords at the moment, but I could see that happening in my usage at some point in the future. Here are some highlights and low lights of some of the things Apple has done on this PC Free front.

WiFi syncing: This works as advertised but because of battery life and bandwidth issues I won’t say that this is ready for prime-time just yet. While some have reported that they can sync when their device is not plugged in, I’m not sure that is such a smart idea. (See Battery Life below.)

Over the Air Updates: We will have to wait and see how this works, given that we haven’t seen an update released to consumers yet. The prospect of this working raises some interesting issues. Will Apple adopt an incremental roll out policy as we currently see with Android (and other) OTA updates? Will Apple’s user base be patient if that’s the case? The first update to iOS 5 will be interesting to watch.

Over the air backups: Like OTA updates we’ll have to wait and see how this works once a number of users have occasion to restore from backups in iCloud. Backups are necessary, but restoring from a backup is the real key. Will that work as effortlessly as it seems to in testing when there are a few million users trying to back up after the next iOS update?

Photos: The Photo Stream concept is great in theory but has flaws. Apple needs to allow for photos to be deleted from the stream from the device (and any other devices on the stream.) You can create new photo albums on your device, but I’ve yet to find a way to add new photos to an existing album on the device until after you’ve created a new one in iOS 5. This means if you’re carrying around existing albums you won’t be able to add to them.

I’m also curious as to why Apple doesn’t have some sort of iCloud solution for photos beyond the photo stream. MobileMe’s gallery will be a thing of the past at some point. Perhaps Apple is afraid of the data load. But this seems to me to be an obvious missing link at the moment. And if you like to carry around other photos on your iDevice beyond those taken since Photo Streaming debuted, you’re still tied to a computer and your photo app to manage them, either via WiFi sync or syncing with a cable. Photos aren’t included with a an over the air backup presently.

iCloud: Much is made of the promise of iCloud, but mostly it’s a hint of a cloud on the horizon more than it is a full fledged cumulus clump of moisture floating in the sky. Until there is a cleaner solution for document syncing with other Apple products that aspect of iCloud will be a feature waiting to be. Dropbox and Box.net still have room to gain customers and are being aggressive in doing so.

While some have had difficulty with contacts and calendar syncing, I think I’ve ironed out most of the wrinkles in my work flow here. The biggest disappointment is that Apple wants you to use its Apps here. Syncing back and forth with Google’s contacts or calendars can give you some headaches. But what else is knew. We’ve always seen issues with this kind of thing between platforms to a certain extent. I doubt that will ever change. The real key here for iCloud going forward is if and how Apple might allow third parties to hook into iCloud. I’ve seen more than a few of my friends decide to stick with Google’s solutions because of the ease of integrating with Apps that they enjoy using.

Apple was forced to play catch up with its competitors here and by and large I think they’ve done a good job. You do need to pay attention to what Apps you allow into the Notification Center or you can be overwhelmed. As more developers start working with iOS 5 I imagine this will become an even more cumbersome task in the future. While I’m sure Apple will add more functionality to Siri, being able to turn off a notification with a voice command would be something I’d place high on the list.

I manage Notifications on my iPhone and my iPad differently. I have very few on the iPad as I usually don’t want to be distracted when I use that device. The iPhone is a different story though and I monitor a few more Notifications. I keep narrowing them down though as the days go by, and can see having different ones in effect for different parts of my life as my work schedule changes.

Siri for me remains the big deal in iOS 5 and I wish it were available for the iPad 2 as well as the iPhone 4S. I stand by my earlier statement that I think it is the beginning of a revolution. I’ve gotten completely away from speaking stilted command structures and find Siri and I have an increasing understanding of how I speak naturally. Curiously, one of the words it doesn’t always recognize is “Yes.” I utter this quite a bit when Siri asks me to confirm something or Send something, and Siri frequently tells me that it doesn’t understand “Yet” in that context. I’m starting to sound like a snake when I say “Yes” to make sure that Siri gets it.

I’m anxious for Siri to be extended because I find it extremely useful. So much so that I find that it could conceivably make the keyboard obsolete on these devices. Some of the things Siri is already capable of (setting alarms, scheduling a meeting, issuing a reminder, looking up info on the web) already save me time from typing on the keyboard. That said, I do believe there have been improvements made in the keyboard in iOS 5 on the iPhone 4S. It seems to work much better.

Siri is still in Beta and that means there are limitations alongside of potential. I think Apple needs to move forward quickly with whatever it is planning for Siri. Simply put, what it offers now is good, but those who are actually spending the time with the technology can see the vision of where this is going. It just needs to get there as quickly as possible.

Siri is going to remain a story for quite some time.

Two different stories here. On my iPad 2, battery life is improved with iOS 5. My morning ritual of checking news feeds and emails used to push the iPad 2’s battery life down to about 85% to 90%. With iOS 5 installed the same effort only depletes battery life to around 95%. That’s been pretty consistent from day one.

The Internet is filled with all sorts of stories about battery life using iOS 5, especially with the iPhone 4S. There are many tutorials on how to conserve juice and they all seem to begin with the premise that it is worse than before. My response is that it probably shouldn’t be a surprise given that iOS 5 is doing quite a few new tasks (iCloud, etc…) than its predecessor did. And since most of those involve polling some server somewhere else, of course there is going to be a battery drain associated with those tasks that use the radios. That said, it is disconcerting to see battery life on the iPhone 4S not meet what I was accustomed to on the iPhone 4.

The biggest battery eating culprit on my iPhone 4S seems to be the WiFi radio. In testing over a couple of normal work days I’ve seen the battery meter registering around 48% at the end of the day without WiFi running and around 27% with WiFi running. That’s not scientific, certainly, but that is what I’m seeing now that things have settled back into a routine. Compared with iOS 4 and the iPhone 4 I would usually see the meter reading around 55% at the end of a day.

So, while Apple has played catch up with a number of features that its competitors already offer, it has also caught up (or is that regressed?) with its competitors when it comes to battery life issues that these new features seem to bring into account with all Smart Phones.

AirPlay mirroring from the iPad 2 or the iPhone 4S makes an already enjoyable feature much easier to use. So far issues that I had with AirPlay prior to iOS 5 seem to have disappeared. I find I am using this feature more and more to view things on my TV.

I still have my original iPad in addition to the iPad 2. iOS 5 does provide a performance boost for that older Tablet and I have to admit I’m surprised by how much of a boost I’m seeing. But of course you don’t get all of the features that you do with its successor.

As far as iOS 5 is concerned my first impressions have mostly held. Apple has made some improvements in its catch up moves with Notifications. iOS 5 also continues to impress me with the general user experience. But iOS 5 is really a tease for what it is to come with iCloud and Siri. It’s a good tease that offers some new and useful functionality, but at the moment that promise is greater than the what the current package delivers.