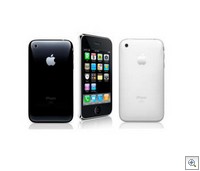 Apple rolled out the iPhone 3G yesterday, or at least rolled out the announcement of it, making sure they will dominate the tech news at least until the end of July after the new device reaches stores on July 11. There was quite a bit of disappointment that the devices weren’t on the shelves yesterday, but it was probably a factor of timing and smart marketing that led to that.

I’ve made no secret that I think Apple is well on the way to knocking down a lot of its competition in the mobile space with a combination of the device and the Apple SDK. Nothing I heard yesterday changed that opinion. Apple will dominate this space, but not as soon as I think they’d like to. In the final analysis, yesterday, from a hardware perspective, was about delivering on things that should have been there in version 1 (and some things that are still strangely missing.) I’d call it evolutionary and not revolutionary. The real news was about marketing, and the infrastructure that will support Apple’s mobile platform. Here were the big announcements in my view:

Price: $199 for the 8GB phone and $299 for the 16GB, both with a two year contract. While that is de rigueur for the mobile phone industry (at least here in the states) there’s a bit of marketing trickery going. AT&T will be raising the price of the data plan to $30 a month which is $10 higher than previously. So, essentially over the life of the contract you’ll be adding $240 to to the cost of your phone, essentially meaning you’ll pay more in the long run. That said, the $199 price for the 8GB model will rock the smartphone industry to its core, as others try to compete with that low price point. Intriguingly, Apple and AT&T now make you make a trip to the store to activate the phone.

MobileMe: This is Apple’s move into mobile syncing and Web 2.0 and will replace .Mac. You’ll pay $99 per year for 20GB of storage and to be able to access your documents, email, etc from any device (including Windows devices) with MobileMe. While I’m not thrilled with the MobileMe name (it sounds very Microsoftish to me) being able to grab ““me.comÃ¢â‚¬Â is a stroke of genius. MobileME will be going head to head with Microsoft Mesh and whatever Google will cook up for syncing and making documents accessible, but will prove very popular for those who want a one stop solution out of the box. MobileMe is out the door first with a real marketing push behind it. Mesh is still waiting in the wings at this point.

Exchange and the Enterprise: Apple is moving into the Enterprise and I think, with the exception of MobileMe, that is what yesterday’s announcements were all about. Apple will continue to grab consumer market share with the iPhone, but the real growth is in the Enterprise and Apple is heading there big time with Exchange support. Everything we’re hearing about the SDK will be cool on the consumer front, but I’m thinking what it does on the Enterprise level will be bigger in the long run.

The SDK: Perhaps the part of yesterday’s announcement that disappointed the most (based on what I’m reading) was news on the SDK. The disappointment stemmed from the fact that everything is still to come and not here yet. But I still think this is the piece that offers the biggest promise in the long run. This is where the iPhone will turn into a platform and not just a fancy phone with web browsing.

3G connectivity: Welcome to the club. More than expected and now it is here (or soon will be.) This will make a difference for many. And if you believe the keynote specs, depending on your area, (remember there are entire areas that aren’t in range of AT&T’s towers-hello, Vermont) Apple and AT&T have tuned things right.

GPS: This is the other hardware add. It will be assisted GPS using both WiFi and satellites to pinpoint your location. I see big potential here for applications that make use of this.

Any and all of those announcements yesterday were big moves and the price point is huge. But there were some things that didn’t make it into the iPhone 3G which I find curious. The missing items sort of belie Steve Jobs’ statement that they listened and added everything everyone asked for.

Video: While it has been proven that the current camera in the iPhone can do video (with the right hack) the exclusion of video and video streaming on the iPhone 3G is making Nokia breather a little easier today. If Apple had been able to include Video capabilities and still come in at the $199 price point, Nokia would have been sweating bullets.

BlueTooth: From what I’m reading and seeing, BlueTooth is still limited basically to phone calling. I don’t get this and the only thing I can figure is that Apple is dealing with some DRM legacy issues that won’t allow them to make a move here. That said, not adding stereo music and the ability to tether up a keyboard, or tether up the phone to use it as a modem are things that will give some pause.

Cut and Paste: This is a no-brainer and for the life of me I can’t figure out why this hasn’t been included. I’m sure this will be solved by a third party application at some point.

Flash: No mention as to whether or not Steve Jobs is backing off his previous no Flash on the iPhone announcement.

A last note. Did anyone but me notice that Steve Jobs did not have a new phone on stage, and that post keynote pictures for the new phones are very limited at this point? Curious.