Thoughts on the New iPads: Forward Looking? You Betcha

As expected, Apple has rolled out two new iPads: the iPad Air and a retina version of the iPad mini. The new iPad Air will go on sale on November 1 and the Retina mini will debut later in November. I would expect great demand for both this holiday season. While we’ve seen some brief hands on from journalists and bloggers who attended the launch, no one really knows what these devices are capable of delivering yet, so we’ll have to wait and see when they arrive in customers hands how they do. I also think that we’ll have to do some waiting and some seeing once these new iPads get delivered because like the new iPhone 5s, Apple seems to have delivered a similar promise, without using the words, of devices that are “forward looking.” And I think Apple’s gaze into the future is shifting somewhat. Consumers may be the ones trying to buy new iPads this holiday season, but the future appears to be one that is beginning to look beyond just the consumer market. 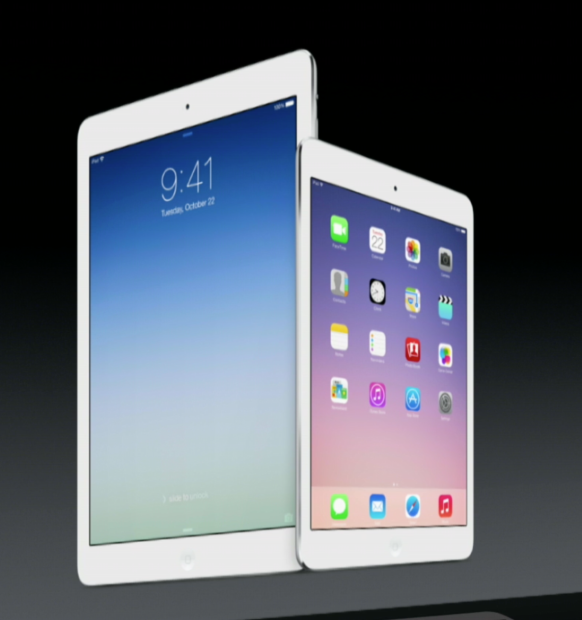 Both of the new iPad models come with the same A7 chipset with an M7 chip riding along side to pull sensor data without taxing the main processor. This dual chip combination is like a motorcycle with a side car that includes its own gas tank that kicks in to keep the main tank topped off. Both now include 64 bit architecture and thus will take advantage of the new instruction set. But on release, with the exception of Apple’s own Apps and perhaps a few other early Apps, we won’t really know what this will mean until App developers begin to take advantage of this new landscape. My prediction is that we’ll see some amazing Apps taking advantage of these new advances in about six months.

Since the beginnings of iOS Apps, Apple has always released its own Apps as road maps and markers for the possibilities that developers can take advantage of. That tradition continues this time around and perhaps the most telling example of Apple’s thinking is GarageBand. iOS devices with the new chip architecture will see a GarageBand that features up to 32 tracks for recording. That potential for an App on a mobile device is nothing short of amazing. In the bigger picture Apple is continuing to position its Tablets not just as consumption devices, but as powerhouse computers in their own right. 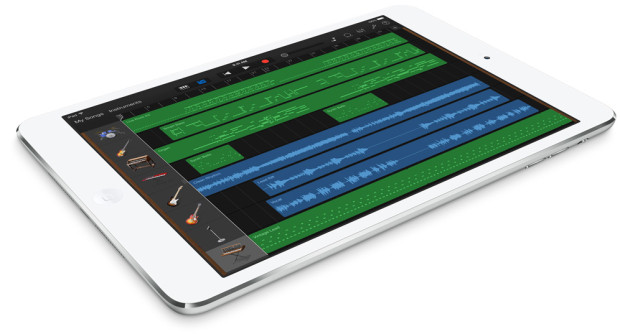 Read: iMovie and GarageBand Updated for iOS 7 and Mavericks

Let’s remember that back in the age when iPads first begin to walk the earth, skeptics abounded full of opinions that iPads (and other mobile Tablets) were never going to amount to anything because they weren’t real computers. They were called toys, and only good for reading and consumption. Enterprising App developers and iPad users begin to prove those early thoughts wrong. Blogs the world over featured stories about users taking advantage of Tablets in real-work scenarios. Those first stories and blog posts all had a sense of “this is really happening” in a questioning way about them.

If you have the chance, go back and look at this most recent Apple keynote, and take a look at the commercials Apple is unveiling with the launch of the new iPads. The language and the sell is shifting. Intriguingly some are bemoaning this shift, but while it is a shift, my view is it is an inevitable one.

The Pencil ad, in addition to a clever visual approach, refers to the iPad Air as a tool with language that says:

It’s an extremely simple tool, but also extremely powerful. It can be used to start a poem, or finish a symphony.

It has transformed the way we work, learn, create, share. It’s used to illustrate things, solve things, and think of new things.

It’s used by scientists and artists, scholars and students. It’s been to classrooms, boardrooms, expeditions, even to space.

The “Life on iPad” video also features visuals of iPads being used in work scenarios by firefighters, athletes, medical personnel, and yes-artists.

These two videos are strikingly different from past propaganda that featured cute kids, grandparents, gaming, and other visuals of folks having fun. And I think this shift in thinking tells us a lot about how Apple is thinking of these devices today as well as tomorrow.

Simply put, Apple has captured the “fun and recreational” part of the market and succeeded in embedding that image in our minds. While we’ve been seeing the gradual shaping of the “iPad as work device” coming along, Apple is now moving full steam ahead with that propaganda push, now that it has unveiled iPads with enough power to make that potential move forward into this next, inevitable level.

I say inevitable because that is where users and developers have been taking iPads since their inception. Those, like me, who remember fondly the original Tablet PCs, knew all to well what potential those devices offered, and given Microsoft’s bent at the time they were seen as “work devices” and marketed as such. Times have changed, consumers no longer feel a need to have full fledged devices to do email and the occasional document, and Apple helped create that fundamental shift to post-PC thinking with its messaging about the iPad. Now that messaging is shifting again to focus on productivity in the same way the hardware is evolving to meet the next generation of post-PC users. At least that’s how I look at it whether that is doing so in a forward way or not.

We live in very interesting and exciting mobile tech times.