After having its reputation tarnished by reports of suicides and poor working conditions at partner Foxconn‘s plants in China, Apple CEO Tim Cook is now promising that an updated Mac product will be made in the U.S.

News of Apple’s decision to move at least one Mac product’s manufacturing to the U.S. comes as a Senate committee is examining Apple banking about $100 billion overseas, rather than in the U.S. Tim Cook is expected to address the U.S. Senate later this month about Apple’s financials. 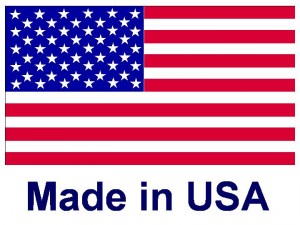 “We don’t have a large presence in Washington, as you probably know, but we care deeply about public policy and believe creative policy can be a huge catalyst for a better society and a stronger economy,” Cook says in an interview.

Cook says that the new computer is “a new version of a current Mac product” in an interview with Politico ahead of the Senate hearing. It’s still unclear which model of the Mac product–whether it’s a notebook or a desktop–Apple has selected for U.S. manufacturing, but the move will definitely help Apple turn around its image when it comes to recent bad press over poor labor conditions abroad.

And though the Senate hearing has more to do with the U.S. economy and Apple’s potential tax liabilities, it’s good to see Apple acting proactively with manufacturing.

The Mac product won’t just be assembled in the U.S., but many of its internal components will also be coming from the U.S., in particular from Arizona, Texas, Illinois, Florida and Kentucky.

It’s unclear if Apple will be moving production of some of its mobile products–like iPod, iPhone, and iPad–to the U.S. A previous examination of Apple manufacturing done by the New York Times suggested that it would not be a feasible project to move iPhone production to American soil as China offers Apple huge economies of scale at low cost that cannot be matched by the U.S.

As Apple is trying to build momentum for its brand in light of stiff competition from the Android camp and from Samsung, it’s unclear if a “made in the U.S.A.” label would steer more customers away from rivals and towards Apple products.

Google recently attempted to create a “made in the U.S.A.” product with the Nexus Q, but the product flopped and was quietly cancelled by the Internet giant as it was priced too high with too few features to justify the cost.