Winter is still hanging on for most of the US but a different kind of winter may be coming for some Windows and Mac users who are clinging to older operating systems. Both Microsoft and Apple are ready to cease support for two older operating systems: Windows XP and Snow Leopard, respectively. And when the support plug gets pulled, say goodbye to security updates. That can make older machines running those operating systems vulnerable to attack. In fact, there are some who speculate that the minute Microsoft turns off the switch on XP, computers running it the world over will get attacked rapidly. 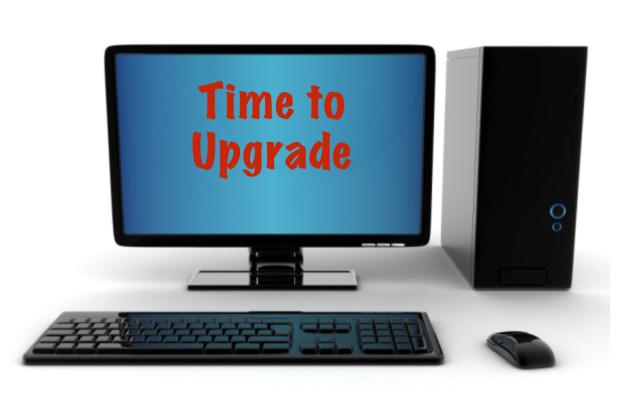 Let’s look at each OS separately. No one, Microsoft included, thought we’d still see Windows XP still running today. Windows XP has been with us for 12 years. Microsoft has tried to kill it a few times, but has had real challenges moving users to newer operating systems since.  The firm cutoff date for XP support is now April 8, 2014. As of the end of 2013, it was estimated that 29% of computers running Windows were running XP. We’re not just talking older personal computers. There are many businesses that have legacy software running on XP as well as devices with embedded versions of Windows XP. Here’s what Microsoft has to say:

As a result, after April 8, 2014, technical assistance for Windows XP will no longer be available, including automatic updates that help protect your PC. Microsoft will also stop providing Microsoft Security Essentials for download on Windows XP on this date. (If you already have Microsoft Security Essentials installed, you will continue to receive antimalware signature updates for a limited time, but this does not mean that your PC will be secure because Microsoft will no longer be providing security updates to help protect your PC.)

If you continue to use Windows XP after support ends, your computer will still work but it might become more vulnerable to security risks and viruses. Also, as more software and hardware manufacturers continue to optimize for more recent versions of Windows, you can expect to encounter greater numbers of apps and devices that do not work with Windows XP.

And then there’s Apple. The last Apple update for Snow Leopard was in September 2013. There have been three major OS revisions since Snow Leopard: Lion (10.7), Mountain Lion (10.8), and Mavericks (10.9.) Each of these three most recent OS’s received a security update this week and Snow Leopard did not. (Note Snow Leopard was not vulnerable to the recent GoToFAIL bug that the other OS’s were.)

Apple historically doesn’t communicate to users when a product will be rotating off of the support schedule the way Microsoft does. Typically though, Apple offers support for the current OS plus the two most recent. Snow Leopard support actually hung around longer than normal, but then Apple has since moved to an accelerated schedule of releasing OS updates once a year. Estimates are that as of the end of January 13% of Macs are still running Snow Leopard. That’s 1 in 5 Macs.

The bottom line for users of older hardware running these older operating systems is that for security reasons it is time to upgrade to a newer, supported version of the OS. Often that means a hardware upgrade because newer updates, regardless of what the update marketing materials say, often don’t run as well on older devices.

That can be a tough financial decision for a business or a consumer who needs to count every penny. But the alternatives in this age of heightened concern about data security and privacy can prove costly too. Is that alarmist? Not really. We’ve reached an age when hardware and software advances move very quickly. The malefactors out there are also moving more rapidly. The cost of being left behind may outweigh the investment in staying current.