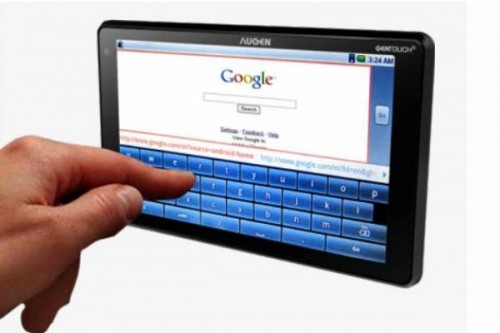 Last night I posted about reports that the Augen GenTouch78 Tablet was using an unlicensed version of Google Android. One of the results of that is the issue those who have had a chance to get their hands on this device are reporting is that you can’t download Apps from the Android Marketplace. Of course the issue is probably a bigger one than that overall.

This morning, Kmart called to tell me the Gentouch78 I had requested a rain check for back when it was first announced was in. They asked if I was going to pick it up today. I told them probably not as I’m leaving town for a few days. I asked if they had much demand and if this was an issue of them needing to get unclaimed “rain check” devices into stock. The answer was a lackluster, “not really.”

Although I thought this would be a good and relatively inexpensive experiment, I don’t think I’ll be picking this up when I head back into town mid-week given all that I’m hearing.