We’re learning more about a potential Titanfall 2 release window from video game publisher Electronic Arts and it’s not all good news. Weeks after confirming that there’s a Titanfall 2 game in the works, Electronic Arts is saying gamers shouldn’t expect it to arrive in the near future.

The comments about Titanfall 2’s release date came as Electronic Arts was hosting an earnings call. Besides discussing past earnings and future trends, Electronic Arts executives also provided a small calendar of releases they were planning over the fiscal year. The new Mirror’s Edge and Plants vs. Zombies sequels were on the calendar for release early next year, but Titanfall 2 wasn’t. 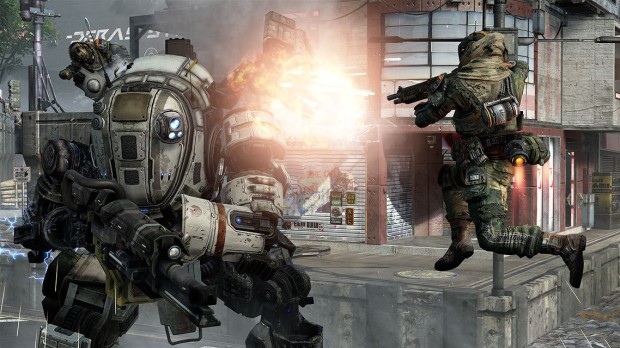 According to Electronic Arts Chief Financial Officer Blake Jorgensen, a Titanfall 2 release isn’t included in the calendar because where pretty far off from it arriving on store shelves. “You should assume [Titanfall 2] is not in fiscal 16; it’s more likely fiscal 17,” Jorgensen told investors and media outlets listening in on the earnings call, according to IGN.

As the calendar Electronic Arts provided to investors indicated that there were unannounced games excluded from the documents, some were hoping that a Titanfall 2 release could happen sometime this fall or early next year. Jorgensen’s comments effectively kill any hope of that since Electronic Arts’ 2017 fiscal year doesn’t start until April of 2016. The 2017 fiscal year ends on March 31st 2017. Some are speculating that we could end up with a Holiday 2016 Titanfall 2 release date, but there’s little if anything at all to substantiate that claim now.

When Titanfall 2 launches is crucial for two reasons. First, the original Titanfall was a huge success with game critics and players. Instead of focusing on a multiplayer mode and single player mode, developer Respawn Entertainment co-mingled the two. This, the developer says, allowed them to focus on game mechanics and delivering on their vision for the multiplayer experience. In Titanfall you play as a soldier on opposing sides of a civil war. Your character is equipped with a jetpack that allows him or her to jump higher than would normally be possible. You can run along on walls, making Titanfall multiplayer more vertical than what we’ve seen in other first-person shooters. When you perform well in battle you’re allowed to drop a giant robot called a Titan. It’s those Titans and a slate of cool weapons that make Titanfall interesting.

A smart pistol allows casual players to be just as lethal as practice shooting veterans. Players can board their Titans and use them as glorified tanks, but they can also use them as partners, letting them fight other Titans and pilots on their own. Titanfall is a great game and people long bored with other first-person shooters can wait to see where Respawn takes the game next.

The second reason Titanfall 2 is getting so much attention is how the original launched. It was months before we learned that Titanfall was an exclusive game only being developed for the Xbox One, Xbox 360 and Windows PCs. Microsoft used the game to boost its profile for the Xbox One and even included free digital downloads of the game with early Xbox One bundles. Rumor was that Titanfall 2 would be for the Xbox One and the PS4, making it possible for PS4 users to play the game too. Respawn head Vince Zampella seemingly confirmed that was the case in comments made earlier this year.

Read: Titanfall 2 Release for PS4 and Xbox One Confirmed

Whether Titanfall 2 will arrive on last-generation consoles is the big question now. Theoretically, a launch in 2016 or early 2017 puts the console way past the point where game developers will need to create versions of their games for older consoles.