Tom Brady smashes and destroys his cell phone every eight months according to his testimony to Roger Goodell during an appeal hearing where Brady asked the NFL commissioner to remove or reduce his four game suspension for Deflategate.

This all stems from a Patriots Colts game where investigators discovered the football was not inflated correctly.

During the course of the investigation we learned that Tom Brady destroyed his phone on March 6, 2015 — the day he talked with NFL investigators. Although we don’t know which phone he was using, it was in use since November 2014 and it seems unlikely that this was an accident. 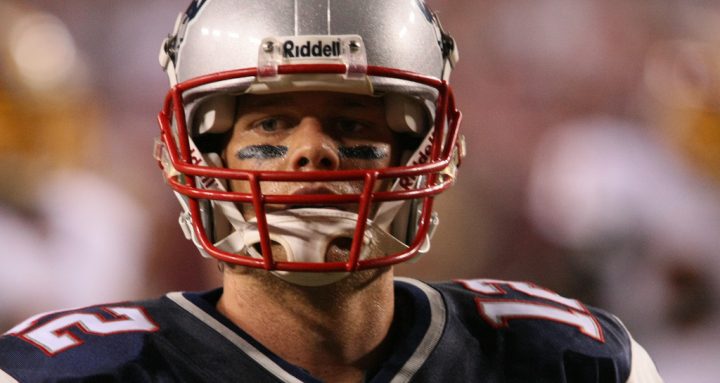 Tom Brady breaks his old cell phone on purpose, and maybe you should too. CC BY-SA 2.0 Keith Allison on Flickr.

Tom Brady’s lawyers told the NFL in June that the cell phone was missing and there was no backup of the 10,000 text messages on the phone. The timing of the cell phone destruction is questionable, but Brady’s reasoning is sound — especially if it is an Android phone.

Brady explains that he breaks his cell phone and sim card when he gets a new phone so no one is able to, “reset it or do something where the information is available to anyone.”, according to SF Gate.

In about five minutes using free software we could recover photos, email addresses and other details. This is using a free tool without any expertise. A tabloid or nefarious individual could use similar tools to mine Tom Brady’s old cell phone for personal information.

The timing of his destruction, and the fact that the investigators requested records earlier in the year certainly casts suspicion on this destruction. But if you don’t need to resell an old phone to afford a new one, destroying the old phone is a great idea — especially for a high-profile individual.

Of course this is a major problem because the investigation revealed an array of text messages between Patriots staff and also between Tom Brady and John Jastremski, an equipment assistant with the Patriots. Investigators also discovered that Brady still owns an older phone he did not destroy, which casts doubt on his initial claim. The report outlines the problem that the NFL has with Tom Brady’s cell phone destruction,

“Mr. Brady’s direction that his cell phone (and its relevant evidence) be destroyed on or about March 6 is very troubling. Rather than simply failing to cooperate, Mr. Brady made a deliberate effort to ensure that investigators would never have access to information that he had been asked to produce. Put differently, there was an affirmative effort by Mr. Brady to conceal potentially relevant information and to undermine the investigation.”

For now Tom Brady still faces a four game suspension. We may see more from the case if Brady takes an appeal further.