Too Afraid to Compete, Are Good Mobile Companies Abandoning Great Ideas Too Early?

Most recently, the Internet has been abuzz with HP‘s announcement that it will no longer be making new webOS hardware and the subsequent liquidation of existing inventory based on the mobile platform that Hewlett Packard had acquired through Palm, but HP’s audacious move in the mobile space isn’t the first announcement in recent history. Earlier this year in February, Nokia had decided to shun long-time support of its Symbian platform and abandoned its hopeful ambitions behind the new and emerging MeeGo open-source movement with Intel. Then, there was Dell, which had introduced two Android tablets under the Streak brand in the U.S. to lackluster sales and abandoned geographic support of the region all together. All these recent announcements beg the question of what these innovative companies–all a pillar of their space at one point or another as we have some amazing brand power behind Nokia, HP, and Dell–are doing and why they’re abandoning ship so early in the game. If the adage of our youth was ‘no pain, no gain,’ then perhaps copping out too early, these mobile and tech companies should be extinct by means of technological Darwinism. 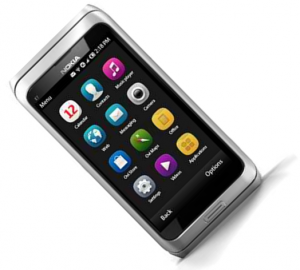 I’ll be focusing my attention on Nokia in this discussion as I find it most relevant in my life. As an Android and iOS faithful, I always carry around my Nokia N8 despite the sluggishness of Symbian^3, the lack of apps, and a platform that Nokia has abandoned in the U.S. in the hopes of conquering the Windows Phone segment with their new best friend Microsoft. For me, though, the N8 is a compelling device with a strong industrial design that still beckons an emotive connection to technology, one that fulfills my most basic communications need–smartphone, IM, GPS, and phone conversations–and a device that allows me to be unabashed with my friends in trying to capture every last memory of our times together, for better or worse, with the stellar 12-megapixel camera and dual Xenon flash, which no other smartphone can match, at least in the U.S.

But it’s still, as far as adages go, ‘no guts, no glory’ with the the N8. The device suffers from constant meltdowns despite the best efforts of Nokia PR trying to tell me that the most recent software update should fix the problem. Like an Alzheimer patient, the device has its lucid moments where it is able to do everything exceptionally well and multi-task like a champ with an amazing amount of stamina and battery life. But as dementia comes, my trusty N8 would go into a state of reboot, not knowing where it is, and trying to awake to the world around me. Instead, the device would be in a state of catatonic shock, rebooting every few seconds. 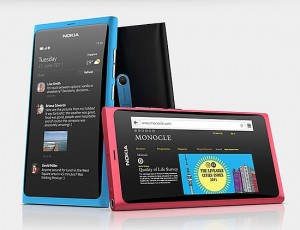 At that point, of course Nokia should switch to MeeGo, and even better yet, to Microsoft’s Windows Phone, I thought. But still, like a child clinging on to a sick parent, I didn’t give up, and the N8 went everywhere with me. Over the last 10 months or so, the device still went everywhere I went, whether it was lucid or not. However, since then, Nokia has announced the next update to Symbian^3, called Symbian Anna, which is still slowly being deployed to various geographic region where the company has a brand presence, and the company’s next-generation Symbian Belle update has also been leaked onto the Internet. Though Anna is still not yet available in the U.S. where I live and where Nokia has minimal brand presence, I have been perusing various Nokia blogs, forums, and fan sites trying to find a way to get the OS to load and install on my trusty sidekick. In doing so, I stumbled upon a leaked version of the Symbian Belle OS, and decided to give it a try–you can read about Belle and where to find it via My Nokia Blog, but as it’s a leak, you’d be voiding your warranty by installing it.

After twenty minutes of installing and gathering the requisite files, the procedure is a success. I’ve been using Belle for a few hours now, and now I honestly cannot understand why new Nokia CEO Stephen Elop had cowardly given up on Symbian, and perhaps even MeeGo as an extension. Not only did Belle, and perhaps even Anna, which I am not sure as I made the jump from pre-Anna to Belle, fix all the ailments on my Nokia N8, but it also added a lot of eye candy–a refreshed UI and new icons–and improved the device’s usability, bringing the device into modernity much like what some of the Android skins (TouchWiz, Sense, MOTO BLUR) had done for Android.

In the end, after playing with Belle, I question Nokia’s intent as a company. After enduring with Symbian and losing market share to Android and iOS, the company’s sudden migration to Windows Phone seems premature. I see in Belle a lot of promise and potential, and from what I heard from Nokia faithfuls, MeeGo is a stellar OS. However, both Symbian and MeeGo will never realize their potential as Nokia had abandoned ship too early.

Given my experiences with Nokia, I am wondering if just like the Finnish phone-maker, HP also lacks endurance and stamina. The company practically conceded the tablet market to Apple’s iPad in the short month or so that the TouchPad has been on the market. The mobile race is one of stamina, and if you don’t have the endurance to play with the big boys in the big leagues, I beg of tech companies not to buy out and acquire their smaller brethren only to kill them months or years later. Nokia had acquired rights to Symbian, and HP’s acquisition of Palm are now nothing more than something to mourn about.

And before you dismiss this editorial as just yet another angry Symbian fan ranting on, I’ve never really cared for nor used a Symbian device for longer than a few days prior to my liaison with the N8. I’ve been a Windows Mobile guy who went iPhone and have flirted with Android who’s now mourning the loss of Symbian and is attending the funeral of Palm. At this point, if these companies don’t have faith in their products, why should I be confident in them as companies and masters of their brands?