At WWDC 2011 Steve Jobs will return to the stage as Apple’s number one pitchman, selling a nation of eager fans on the latest and greatest products to come out of the Cupertino braintrust like iOS5, iCloud and possibly the iPhone 5. Steve Jobs isn’t your average CEO and pitchman. Jobs’ eccentricities and mannerisms allow him to describe Apple’s products in such a manner that if Apple allowed it, a good number of shoppers would hand over their credit card to join an Apple hardware subscription plan.

While we await Steve Jobs’ use of magical, revolutionary, and of course, “One more thing” we wanted to explore who Apple could hire to replace Steve Jobs without losing the ability to distill Apple products down to the base use and create the greatest level of consumer appeal. 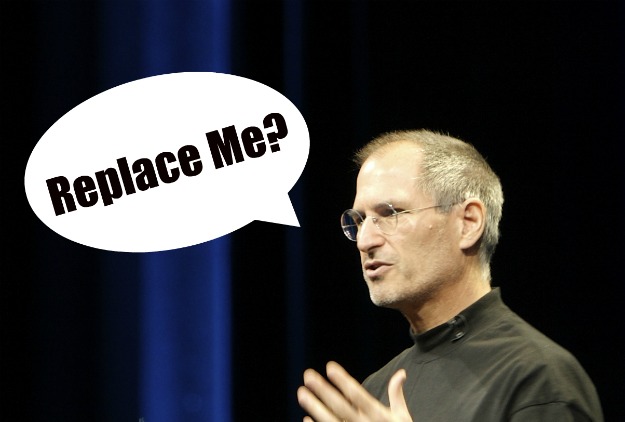 Steve Jobs leaves behind a pair of (New Balance) shoes to fill. We’ve gone on the search for pitchmen and women who share Steve’s love of hyperbole and simplicity, as well as one with a similar hatred for things most of us don’t think about to find 10 possible replacements. Most important, these Steve Jobs replacements have a knack for selling, which is what Apple will need when Steve Jobs finally hangs up his famous black turtleneck.

Top 10 Pitchmen (And Women) Who Could Replace Steve Jobs 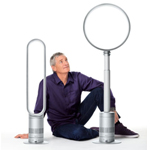 #1 – James Dyson – Hates blades the way Jobs hates buttons.
James Dyson, founder of Dyson, is the only Steve Jobs replacement we could find that shares Jobs’ hatred of something many of us haven’t given a second though – fan blades. While Dyson made a name with a better vacuum cleaner, it was his ability to sell us on the inadequacies of wheels and blades that earned him a spot on this shortlist of pitchmen who could fill Steve Jobs’ shoes.

As you watch Dyson telling you why the Dyson Air Multiplier Fan is better than your normal fan, at 10 times the cost, you can easily see him taking the stage at WWDC 2012 to introduce the iPhone 6. 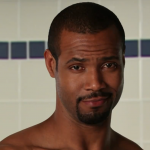 It’s a jump to go from selling body wash and deodorant to selling MacBook Pros and iPhones, but Isaiah Mustafa has the chops to sell, and we’re willing to bet he can fill that black turtleneck as well. Mustafa has his ability to make a nation feel that the competition, other men, can’t stand up to what he is selling, so we expect he will quite easily make the jump to telling a nation of consumer electronics shoppers that their gadgets can’t compare to the next iPhone or MacBook Air he is selling.

Go on, watch Isaiah Mustafa sell you on deodorant in the Old Spice commercial below, then go watch the “If you don’t have an iPhone” commercial and substitute his voice. 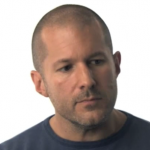 Steve Jobs may be the current company pitchman, but Johnathan Ive, aka Jony Ive, is arguably just as responsible for Apple’s success in the recent years. Ive is the Senior Vice President of Design at Apple, known for his design of the iPod, MacBook Pro, MacBook Air, iPad and of course, the iPhone. Ive is also one of the few Apple employees the general public might be able to pick out on the street thanks to his appearance in numerous Apple videos highlighting the design of new products.

In addition to showing up in a trademark t-shirt, Ive is steeped in the Apple philosophy and representative of the Apple corporate culture, ensuring a good fit. As you can hear in his numerous videos, the key Apple product descriptors such as “revolution” and “simpler” in addition to telling us that a new Apple product works the way you would have expected it would always work. 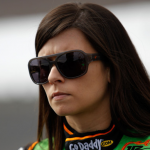 #4 – Danica Patrick – Already has her own company car, looks good in black.

Danica Patrick is a woman with many hats. When she isn’t speeding down the curvy raceways in an IndyCar or NASCAR race, she is best known as the number one pitchwoman for GoDaddy.com. In her numerous GoDaddy.com commercials Patrick is more risque than Apple is normally known for, but she has helped the company go mainstream thanks to a collection of Super Bowl commercials.

If Danica can step away from the racetrack and GoDaddy her skills at selling eCommerce solutions will translate well to the stage at Moscone where she will pitch the latest Apple products with ease. 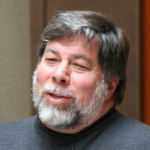 #5 – Steve Wozniak – Co Founder of Apple, The other Steve.

Steve Wozniak co-founded Apple with Steve Jobs in 1976, kicking of a computing revolution with the Apple I computer. Wozniak has taken a lesser role in the operations of Apple, but he is still on the payroll and an advisor of sorts to Steve Jobs.

Whenever Apple launches a new iPhone you can expect to see Wozniak taking to the lines of a local Apple store to stir up additional excitement. While Wozniak isn’t a driving force at Apple you can get a sense of how he might sound on the stage at the next WWDC in this clip below where he talks about the importance and upcoming success of the iPad, just like a company pitchman would. 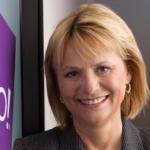 When Carol Bartz took the reins at Yahoo, the company was in a tough spot, trying to stay alive against competition like Google and Bing. Just as Jobs turned around Apple with a cutting of unprofitable projects and un-needed employees Bartz was able to turn a failing Yahoo around with similar measures.

Carol Bartz is a spirited speaker as her TechCrunch Disrupt interview showed, but it’s the passion she brings to talking to women in technology which shows how she could handle the stage to introduce the iPhone 6. 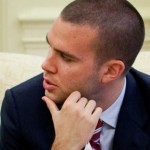 When it comes to pitching a product, a presidential candidate is one of the biggest. Favreau is one of the key speechwriters for the Obama administration and played a key role in crafting the speeches that President Obama delivered on the campaign trail and now as president.

Favreau’s ability to deliver speeches that punch through the cynicism surrounding politics would transfer well into the electronics arena and onto the stage at Apple events. Still, his self admitted lack of organization might relegate Favreau to a pitchman only position, with someone like Tim Cook taking the day-to-day reins. 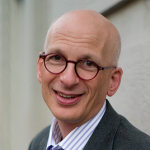 In the TED Talk video below, you can see Godin take command of the stage and break down marketing into simple terms. If you watch the entire talk, you’ll start to see Godin taking the stage to announce the next MacBook Air.

If you’ve watched any amount of TV in the last decade you’ve seen Anthony Sullivan selling something. As the current leading As Seen on TV Pitchman, you can find Sullivan selling all types of products you didn’t think you would need for life situations you haven’t yet encountered.

As you watch Sullivan work his magic below, you’ll notice that he has his own take on Jobs’ trademark “One more thing.” It would be a big jump from pitching OxiClean and Instant Zippers, but Sullivan has proven he can sell pretty much anything. 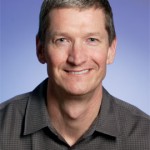 Of all the people on this list, Tim Cook is the most likely to replace Steve Jobs at Apple. Cook is currently the CEO of the company, steering Apple’s day-to-day operations while Jobs manages from afar and returns to be the face of Apple.

Jobs may still be the go t0 guy for Apple, but Tim Cook took the stage at Apple’s Back to the Mac Event in October 2010 to share the success of Apple. Cook doesn’t have the same presence on stage as Jobs, but perhaps teamed up with Favreau or with some coaching from Jobs we can see a more excited Cook introduce the iPhone 6, iPhone 7 and iPhone 8.