Before you take advantage of that iPhone 5 deal and take the plunge with a device that’s going on two years old, you’ll want to investigate some other options, five to be exact. Here, we take a look at five phone we think consumers need to consider before picking up Apple’s aging former flagship, iPhone 5.

In 2012, Apple took the stage and announced one of its most impressive smartphones of all time. The iPhone 5 was announced with a number of impressive specifications including a 4-inch Retina Display, 4G LTE data speeds, Lightning dock standard, and an all new aluminum design that put the iPhone 4s’ design to shame. That was nearly two years ago.

In 2014, the iPhone 5 is no longer on sale through the Apple Store though it’s still on sale through other retailers, retailers like eBay and AT&T, both of which are currently playing host to iPhone 5 deals. Those deals, combined with an imminent iOS 8 update, keep the iPhone 5 afloat just about two years after its release. We don’t recommend it, but it’s certainly a budget option that’s worth considering. 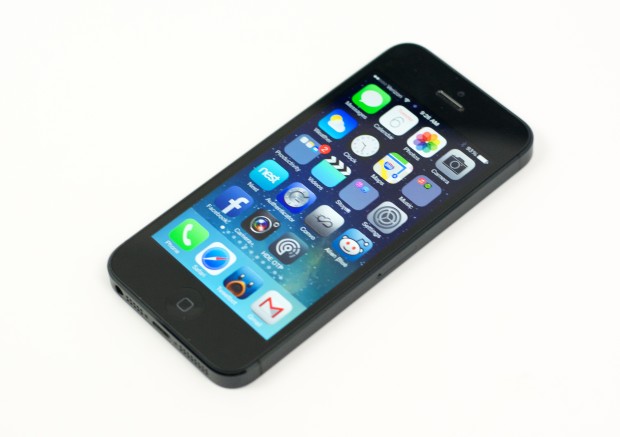 Apple chops $45 off the iPhone 5 trade in price in the months leading up to a rumored iPhone 6 release date.

We are constantly bombarded with questions about which phones to buy. In particular, we’re constantly asked about the phones consumers should weigh against the iPhone 5. There are a number of different devices that we could recommend, the smartphone market is full of solid choices, but we want to narrow things down a bit and take a look at what we consider to be the top five.

That said, here are the top five smartphones to consider before buying the iPhone 5.