Top 5 Reasons to Jailbreak on iOS--Should You Do It to Your iPhone, iPad?

While there are certain inherent risks to jailbreaking–bricking your device and voiding your Apple warranty as a result of device tampering are two top reasons that come to mind–there are also lots of benefits to becoming an Apple “hacker” and jailbreaking an iOS device, like the iPhone, iPod Touch, and iPad of any generation. We’re going to cover some of the benefits to jailbreaking and some reasons why you should be motivated to performing the procedure on your new iPhone 4 or iPad 2.

Will I break my device or render it worthless like a brick? Recent advances in the development of jailbreaking tools have made it a lot simpler, and more fail-proof to partake in this experimental procedure. That mitigates the possibility of bricking your device, and hopefully allows for a smoother experience for many consumers who may not be familiar with all the technical things that happen behind the scenes. For now, jailbreaking requires a computer–a Linux, PC, or Mac system will do–and some patience. Users can search for jailbreaking tools on the Internet and download–for free, don’t ever pay for jailbreaking utilities as those are usually scams, a nice program that runs on their desktop and involves a few clicks; step-by-step guidance is included with the program telling you what to do and so forth. No geekiness required, though having a geeky friend may help expedite the process and alleviate any fears. 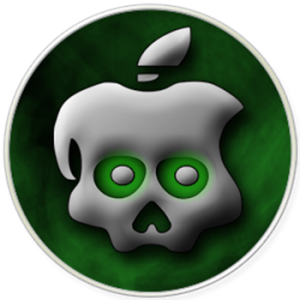 GreenPois0n is a jailbreak utility

What exactly is jailbreaking? Jailbreaking is a hack, or exploit, that brings added functions and features that were not imagined by Apple or restricted. Under recent revisions to the Digital Millennium Copyright Act last summer, the process has been legalized in the U.S. on smartphones and tablets, though the legality of jailbreaking game consoles or other devices is still up in the air and subject to court interpretation. In this article, we’re just focusing on jailbreaking on smartphones and tablets. Here’s a list of some of the top five things that you can gain via jailbreaking that would otherwise not be possible on a stock iOS device from Apple.

These are just among the top reasons to jailbreak, and certainly some of the reasons why I have resorted to jailbreaking in the past and currently. But should you jailbreak? If any of these reasons are important to you, then you should. Unlike hacking in the Windows Mobile days where developers tried to best each other to create the most elegant themes, jailbreaking is more than just customizing and “pimping out” your device. It’s about gaining functionality, adding features, and making your life easier. And if you happen to want a one-off iOS experience that’s different than your next door neighbor, you can go ahead and ‘pimp out’ your iPhone to your heart’s content with the number of thematic options. 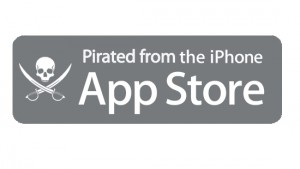 Does jailbreaking involve piracy? Additionally, some have mistakenly equated jailbreaking with piracy, which is an unfair and incorrect assessment of the jailbreaking process and experience. It is true that jailbreaking will allow you to run pirated apps or software–we won’t even go there–that’s just a negative side effect of the exploit. The real reason many people jailbreak is to add features beyond what Apple had envisioned for the iPhone, iPod Touch, and iPad. 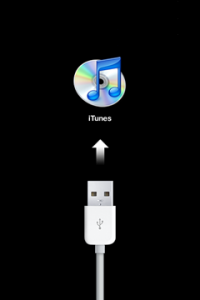 What are some of the perceived risks of jailbreaking? However, jailbreaking, as simple of an experience as it is, still carries some risks, and users should be comfortable enough to take those risks if they do proceed. For one, jailbreaking is an experimental process that’s created by hackers and not sanctioned by Apple. That means you may run into problems, like devices that crash more often than non-jailbroken devices, or depletion of battery more quickly than native devices. Thankfully, through each successive iPhone generation, developers have made the jailbreaking solutions simple enough for consumers to use. If you do decide to go through with jailbreaking, don’t tell Apple about it if something goes wrong as you’ve pretty much invalidated your warranty. Don’t worry though. The good news is that Apple has pretty much created an idiot-proof experience with iOS. If you encounter any problems, just plug into iTunes and restore your firmware. If you still experience more problems, do a Google search and a vocal iOS community may help you fix whatever ails you may have. 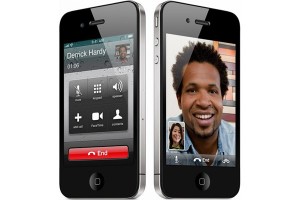 How beneficial is jailbreaking? Jailbreaking has in the past been a trendsetter for official iOS revisions. Remember the days before multitasking on an iPhone? Well, there was a jailbreak for that and subsequently after that Apple made it official on iOS. How about the days when pages of apps flooded multiple screens until you ran out of home screens to see what you’ve installed? Well, a jailbreak app called ‘Categories’ solved that issue and Apple later released a more elegant solution called Folders. How about the days pre-tethering of any sort? PDANet solved that problem and when Apple released just USB and Bluetooth tethering, MyWi came to the rescue and added WiFi tethering to the mix without having to go through a carrier, like AT&T. Apple later made WiFi tethering official with iOS 4.3. How about mirroring your iPhone/iPod Touch display on a big screen with the VGA or TV-Out accessories? Before display mirroring was supported on iOS 4.3 and the iPad 2, a jailbreak existed. When Skype and Slingplayer would only work on WiFi, My 3G came to the rescue to fool the apps into thinking they were on WiFi when they were in fact utilizing 3G until revisions made by Apple and AT&T allowed those data intensive apps to be used on 3G. Today’s jailbreak solutions may make their way to the next iOS version of tomorrow. Will you be a trendsetter? What are your top reasons for jailbreaking?

Right now, with iOS 4.3, there is only a complicated solution for Windows users; other platform support may be forthcoming. If you’re a PC user, head on over to Redmond Pie to see what you have to do to jailbreak.