Photographers can get a Photostream-like workflow using a traditional camera thanks to the Toshiba FlashAir SD WiFi 8GB Card. The FlashAir card lets users access their pictures while still on the card and in a camera. Connect a computer, tablet or smartphone to the built-in Wi-Fi radio and they can browse the card’s contents with a web browser or an app like ShutterSnitch.

We’ve tested a similar product: the Eye-Fi SD card. It also includes Wi-Fi and quickly uploads pictures to sharing sites, a computer or tablet. And like the Eye-Fi, the Toshiba card offers a direct peer-to-peer connection to the card from a Wi-Fi enabled computer, tablet or phone. 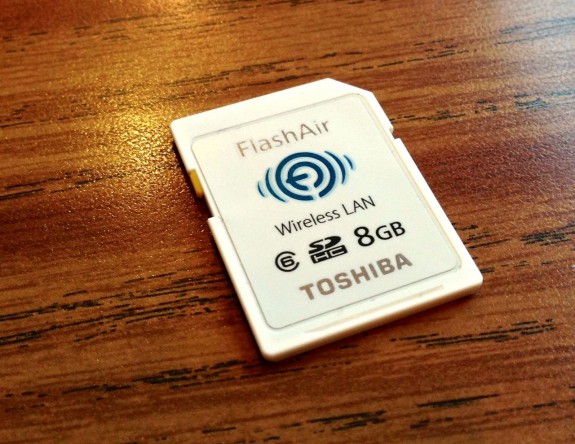 The card works great so long as the user sets the automatic shut-off up in their camera to keep the camera from turning off and shutting down the card’s Wi-Fi. After doing this the Wi-Fi stayed connected longer, but it also drained the camera battery faster. 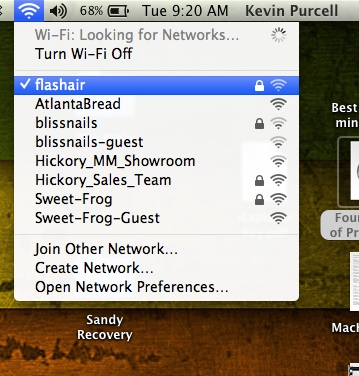 The card ships with a generic 12345678 password. After setting the password using a special utility, connect via a computer or device’s Wi-Fi and start looking at the images on the card by typing the address https://flashair/ into a browser. 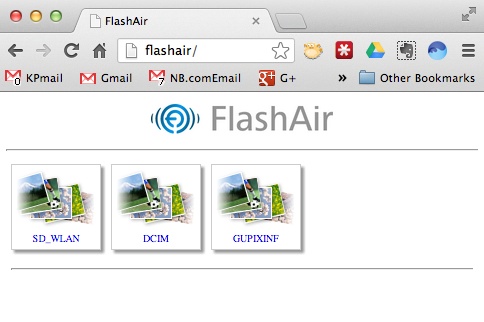 The Wi-Fi serves the pictures fast enough to make it usable. It’s not as fast as a high-end router, even though it uses 802.11 b/g/n Wi-Fi.

The page that shows the pictures presents them in a grid. Click each thumbnail and it opens the full-size image. The user can right-click on a computer to download the picture. On an iPad we pressed and held the image to save it to the iPad Camera Roll. From there we could do some photo editing with an app like Snapseed or iPhoto, then post the image on Facebook, Twitter or any other service that offers an iPad app.

Notice that some of the thumbnails don’t show images above. That happens far too often. That’s why we prefer using ShutterSnitch and the iPad to view the images from the card. The app costs $15.99, but this use alone makes it worth the price. 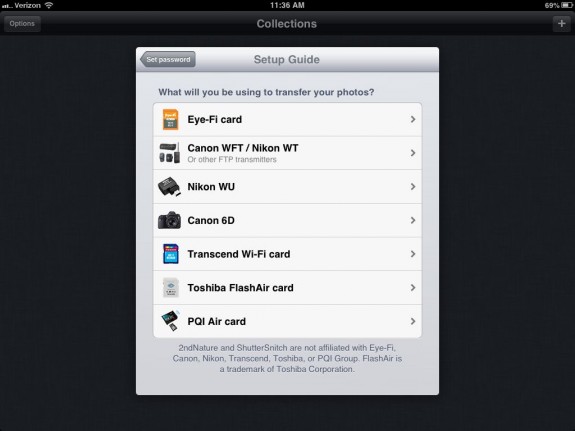 Connect the iPad to the card’s Wi-Fi and then fire up ShutterSnitch. The setup lets the user pick the Toshiba FlashAir Card and then all the new images that show up on the card will download to the app soon after the user presses the shutter button on the camera.

The card comes with some drawbacks. The Wi-Fi built into the card drains a camera battery faster than other SD cards. The card took a Nikon P7000 battery from about 50% to about 10% in under two hours. The camera battery usually lasts much longer. 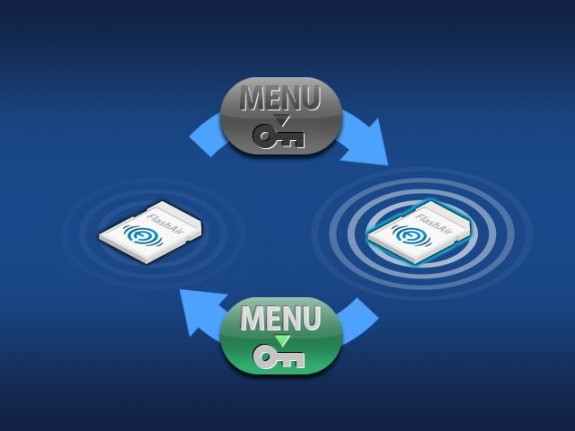 Toshiba offers a way to help alleviate battery drain. They include an image on the card that the user can protect. Protecting the image using the camera’s menu settings will turn the Wi-Fi on or off.

The card offers Class 6 speed. That’s not as fast as we’d like. We usually buy Class 10 cards in order to do some burst mode shots and to take 1080p video. We didn’t notice a problem while testing the card, but we didn’t use it to shoot a lot of video.

Downloading images from the card takes time. It would be nice if the card offered a way to grab more than a single shot at a time. But ShutterSnitch solved this problem. ShutterSnitch connects to the card and automatically downloads the pictures. This setup works amazingly well.

Despite all that we like the Toshiba FlashAir SD card because it lets us see our pictures almost instantly when paired with ShutterSnitch. No matter how big the camera’s LCD screen is, it still makes it hard to see whether we got the shot. We can more easily judge a shot’s sharpness, color and exposure on the iPad than on a small camera screen.

The first time we saw our picture show up on the iPad without using the iPad Lightning to SD card adapter, we were sold. Seeing it seconds after pressing the shutter button caused our jaw to drop. We’d like to see some improvements in battery usage and a cool utility for a computer like the ShutterSnitch app, but we still think the ease of workflow makes this card worth the extra cost.