The Toshiba KIRAbook was first introduced last year back in April, and the company has decided that it’s time for a refresh not a single year after its release. Toshiba has intro’d an updated version of the MacBook Air clone, equipping it with the latest Intel Haswell processor and a slightly-lower price tag.

The updated Haswell chip allows for longer battery life, and Toshiba says that its refreshed KIRAbook can last around nine hours before running out of juice.

Overall, though, the improvements are fairly minor, but the lower price tag of $1,499 (compared to the original $1,599) should be an easier pill to swallow for those who are looking for a decent Windows laptop when the new KIRAbook arrives in stores at some point in mid-February. 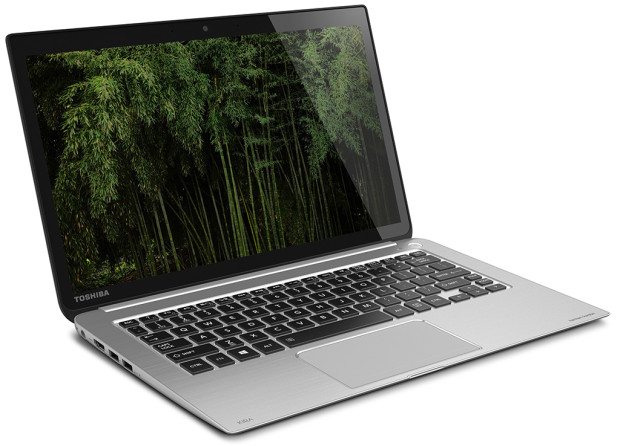 Other than the new upgrades, the KIRAbook sports a Retina-quality 13-inch 2560 x 1440-resolution display, a 256GB solid state drive, and 8GB of RAM. Overall, though, the KIRAbook weighs only 2.6 pounds, which is far lighter than Apple’s latest MacBook models.

Of course, if you’re worried about the laptop getting a little too hot under the collar, Toshiba includes a cooling technology called AirFlow II to keep the laptop cool under pressure with multiple fan speeds and a hinge that that works to prevent the KIRAbook from moving unnecessarily when being opened or closed.

You can also get the KIRAbook with a touchscreen display, but it’ll cost you a little extra for that privilege.