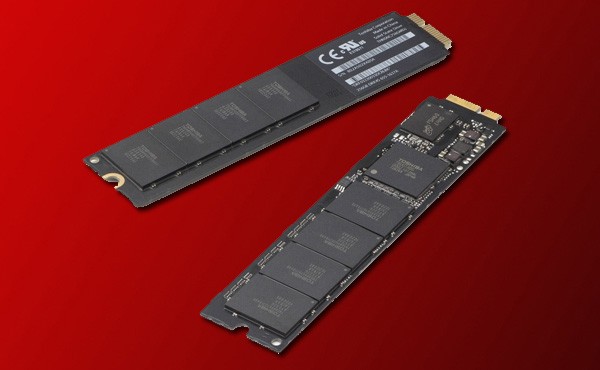 Tell me you saw this coming because you should have. Solid State Storage or Drives have been coming on for quite some time. There are numbers of Windows based notebooks with SSD options available, and even SSD drives that you can install yourself. Those who have gone the SSD route usually love the performance increase that option offers and why not. Spinning hard drives are the big bottleneck on computers, especially with applications that access the disk drive.

But with the release of Apple’s new MacBook Air, things became a bit different both in form factor and excitement. Apple used Toshiba solid stage storage in this blade-like form for its new MacBook Airs, thus eliminating the HD and creating a different form factor that allowed the Air to be has thin as it is, as well as improve the performance. You new it would become all the rage. And it has. Now, Toshiba has released blade-type upgrade modules for manufacturers to begin installing the notebooks they sell. Note this isn’t for consumers. Yet. But expect to see other manufacturers following Apple’s lead and expect to see thinner notebooks on the Windows side of things very shortly using these blade-type SSD modules. The real question is how that will all price out on the retail level as so far SSD options have been seen as an expensive upgrade.

Like I said, you knew this was coming. Didn’t you?