Mark Whittard, managing director of Toshiba Australia, spoke candidly about his feelings on Microsoft’s Windows 8 and Windows RT initiative at a product launch in Sydney earlier today, according to CNet and The Australian.

“I think one of the challenges is, there was a lot of confusion with Windows 8, my personal view is that they, [Microsoft] confused the market with a couple of different flavors.” Starting with the release of Windows 8, Microsoft now offers two operating systems for tablet devices: Windows 8 and Windows RT. 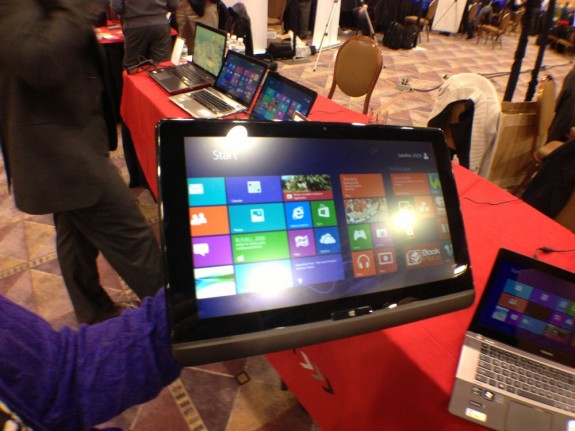 Windows 8 is geared at high-end tablets with Intel or AMD processors. Of the two, it’s this version that is closest to what comes to mind when users think of Windows. It also the version that powers more traditional form factors, like tablets and desktop computers.

On the other hand, Windows RT runs on the ARM processors used in tablets in smartphones. The operating system’s switch from x86 and x64 processors like those of Intel and AMD, to ARM processors, means that Microsoft and its partners can create Windows devices that are thinner and have better battery life. It’s Windows RT that competes the closest with Apple’s iOS and Google’s Android devices.

Whittard also believes that PC vendors may have harmed themselves by offering their Windows 7 based PCs at prices that confused buyers:

“They [Windows 7 machines] were going even cheaper than the traditional RRP [recommended retail price], so the gap wasn’t just the $100 or $200 from non-touch to touch, it was $400”. He believes that the price differential and the newness of Windows 8 caused users to think twice. Microsoft had previously stated that it found that users switching to Windows 8 took two weeks to get acclimated with the way the operating system works.

While it’s still unclear if Whittard’s beliefs are correct, according to Microsoft sales of Windows 8 recently reached 100 million licenses, a figure that mirrors the sales of its predecessor Windows 7.

It should be noted that the launch of Windows RT isn’t the first time Microsoft has offered more than one version of Windows to consumers. Historically, the company has released its Windows operating systems in different versions designed to address different markets.

It may be more likely that the difference in application compatibility and the identical interfaces of Windows 8 and Windows RT are to blame for any confusion with consumers.