Toshiba’s new Dynabook Kira will keep going and going when all other competing ultrabooks will have stopped on a single battery charge. Packed with an Intel Haswell CPU and 8 GB of RAM, Toshiba has announced that its new Dynabook Kira laptop will deliver a chart-topping 22 hours of battery life on a single charge, outperforming even Apple’s 13.3-inch MacBook Air, a device that sets the current 12-hour battery life benchmark for the category.

To achieve the battery life, Toshiba had to make some sacrifices to the Dynabook Kira V634. Rather than coming with an ultra high resolution Retina Display rival, the V634 model tops out with just a 1366 X 768-pixel display. It will also pack in a 128 GB SSD and support for UHD 4K video output. 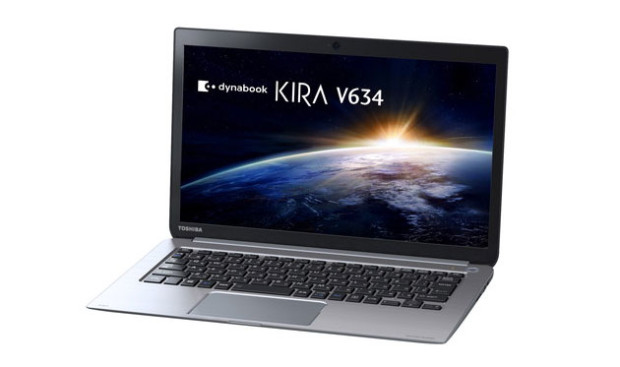 Still, with the power of Intel’s fourth generation Core i processor (Haswell), and the full suite of Windows on board, the new Dynabook Kira V634 readily outlasts many tablets, laptops, and Ultrabooks today. With that amount of battery power, you should easily be able to get through two working days on a single charge.

For those who would prefer a more high resolution screen, a higher end Dynabook V834 model packs in a display that would compete more effectively against Apple’s heavier MacBook Pro models that were recently refreshed with the Retina Display. The V834 edition comes with a 2560 X 1440-pixel touchscreen, but to push out that many pixels on the display the battery life is shortened to just 14 hours, which is still very commendable and at the high end of the battery life range. For comparison, Apple’s 13-inch MacBook Pro model comes with a 2560 X 1600-pixel non-touch display and up to 9 hours of battery life.

It’s unclear if American consumers will be able to snag one of these new Dynabook Kira Ultrabook models as the outfit has not announced any plans to take these laptops globally. According to Engadget, Japanese customers can snag one starting on November 20th for around $1500 for either model.

We’ll have to wait and hear from our Japanese friends to see if Toshiba’s claimed battery life matches real world usage.