Let me begin by saying simply, “what the hell?” At the opening of Microsoft’s Build Conference today Microsoft corporate vice president Kirk Koenigsbauer showed a “preview of a work in progress” that is the touch version of Office Apps for guess what platform? If you said Windows you would be curiously correct. According to Paul Thurrott’s cheerleading Supersite for Windows the early preview showed a version of “Touch Office” that would outclass the version just released for the iPad. Perhaps it will do just that. In fact it probably should outclass the iPad version. But it will have to be released someday before it even has a chance. And from the looks of things that someday isn’t someday soon. 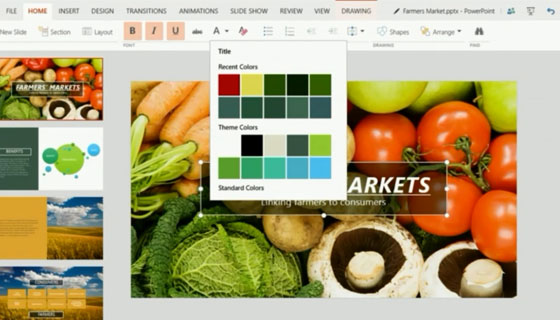 Via Paul Thurrott’s Supersite from Windows

According to Thurrott (and he’s guessing) we might see a build of this perhaps later this year. We also might see a name for the product(s) as that doesn’t seem to be in evidence either.

So, what’s the big deal here? Well, observant readers will remember that Microsoft’s now former CEO Steve Ballmer once said that we would see Office for the iPad once there was a touch friendly version for Windows. That line in the sand obviously got erased with feet shuffling in a back pedal, as we now have Office Apps for the iPad as of last week. So, there’s that angle.

More concerning however is why things have taken so long. Given that we’re seeing glimpses of “a preview of a work in progress” and apparently only glimpses of Powerpoint, it makes one wonder just what the folks who run Office and Microsoft were thinking and doing with their time. I mean touch as an input and control metaphor has only been dominating all we know about devices for the last several years. Microsoft was working with touch screen devices long ago. I find it hard to believe that the issues have been technological, and I fear they have been more political than anything else. If that’s the case, that’s more than a damn shame. If not, then there are probably larger problems that Microsoft needs to solve.

For more “preview” pictures head over to the Supersite for Windows. Meanwhile you can go back to scratching your head and wondering like I am.