Toyota and Lexus drivers will soon get more safety features standard on the Toyota and 2017 Lexus models across all models and trim levels by the end of next year.

Many of the most helpful safety features are traditionally reserved for higher trim levels or packages that not every shopper can afford to add.

At the New York Auto Show Toyota announced that the Toyota Safety Sense package and Lexus Safety System+ will be standard on almost every new vehicle by the end of 2017. 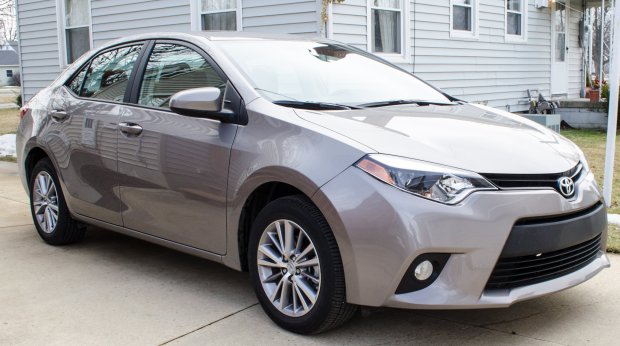 This includes Automatic Emergency Breaking (AEB) as well as other features that will help improve driver safety and pedestrian safety. The inclusion of AEB on Toyota and Lexus models with these new safety packages will deliver the feature to consumers four years ahead of a target set by the National Highway Traffic Safety Administration (NHTSA) and Insurance Institute for Highway Safety (IIHS).

“At Toyota, we are committed to creating better ways to move for everyone,” said Jim Lentz, CEO of Toyota Motor North America in a press release about the update, adding,

“High-level driver assist technologies can do more than help protect people in the event of a crash; they can help prevent some crashes from ever happening in the first place. We are proud to help lead this industry in standardizing these systems and bring automated braking to our customers sooner rather than later.”

These features are already available on Toyota and Lexus vehicles with the Toyota Safety Sense package and Lexus Safety System+ packages that focus on three important driver assist features. The features are designed to prevent frontal collisions or lessen the damage and injuries to passengers and pedestrians.

Using cameras and a laser beam the Toyota Safety Sense package currently comes in two options offering the following features on a base package.

PCS uses a camera and laser beam to detect the vehicle ahead.  When the system determines there is a possibility of collision, it prompts the driver to take evasive action and brake by using an audio and visual alert. These alerts operate when the vehicle’s speed is between approximately 7 to 87 miles-per-hour.  If the driver notices the hazard and brakes, the system may provide additional braking force using Brake Assist.

If the driver does not brake in a set time, and the system determines that the possibility of a frontal collision with another vehicle is extremely high, the system may automatically apply the brakes, reducing speed by approximately 19 mph in order to help the driver reduce the impact and in certain cases avoid the collision. The operational range of PCS covers speeds at which at least 80 percent of rear-end collisions occur (i.e. relative speeds of between approximately 7 – 50 mph).

LDA uses a camera to detect visible white and yellow lane markings in front of the vehicle and the vehicle’s position on the road. If the system determines that the vehicle is starting to unintentionally deviate from its lane, the system alerts the driver with an audio and visual alert. When the alerts occur, the driver must check the surrounding road situation and carefully operate the steering wheel to move the vehicle back to the center part of their lane.

AHB is a safety system designed to help drivers see more of what’s ahead at nighttime without dazzling other drivers. When enabled, Automatic High Beams uses an in-vehicle camera to help detect the headlights of oncoming vehicles and tail lights of preceding vehicles, then automatically switches between high and low beams as appropriate to provide the most light possible and enhance forward visibility.

Additional upgrades in a higher level Safety Sense P package include Pedestrian Detection as an upgraded safety feature. Dynamic Cruise Control, which can keep your car at a cruise speed, automatically varying based on the speed of the car in front of you. Another option includes Lane Departure Assist with Steering assist, which can help keep the car in the right lane.