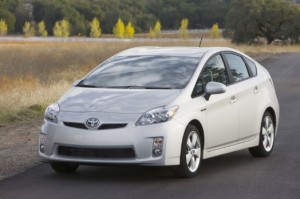 Toyota’s already recalled millions of its vehicles due to sticky accellerators, but that might not be going far enough. According Apple co-founder Steve Wozniak, his 2010 Toyota Prius has an accelerator that ‘goes wild.’ The Woz has several Prius models, some of which were subject to the ‘Floor Entrapment Recall‘ and none of which were subject to the ‘Pedal’ recall. Wozniak says that a software is causing the issue and he’s having a hard time getting anyone to pay attention.

We’ve all experienced software glitches on our PCs, but things can get really scary when your car’s software goes haywire. I recently had to deal with a safety issue in my own car that was caused by a software glitch. All this talk makes me miss the days of working on my 1967 Mustang when the only thing between the gas pedal and the carburetor was a couple of rods and springs.

According to a CNET article, Wozniak’s 2010 Toyota Prius accelerates wildly when in cruise control.

“Toyota has this accelerator problem we’ve all heard about,” Wozniak said. “Well, I have many models of Prius that got recalled, but I have a new model that didn’t get recalled. This new model has an accelerator that goes wild but only under certain conditions of cruise control. And I can repeat it over and over and over again–safely. This is software. It’s not a bad accelerator pedal. It’s very scary, but luckily for me I can hit the brakes.”

If I had to guess (based on Woz’s description and what’s been described in reports like the ones in the video below), it sounds like Toyota’s cruise control software is out of whack. The below video sums up the extent of the death, crashes and general mayhem being caused by Toyota’s faulty vehicles.

I’d been very satisfied with my 2009 Mercedes E350 until November. It’s the best car I’ve ever owned and its packed with so many electronic systems that it requires two full-sized car batteries.

Just before the holidays my car started having what I consider a serious problem. When I shifted into reverse I was able to inch backwards slowly, but after a few seconds the car would lurch backwards out of control. It seriously felt like I’d down shifted and jumped on the accelerator. The problem repeated itself several times, but I didn’t get a chance to bring it in to the shop until after Christmas due to my trip overseas.

I brought my car in to the dealer for routine service and to have the transmission looked at. Thinking back to the days when I used to work on my old Mustang, I assumed the problem was mechanical. The Mercedes service rep told me they’d figure it all out and have my car back to me by the end of the day.

When I went to pick up my car I was expecting the technician to tell me that they’d worked on my transmission, but they hadn’t. The transmission fluids had checked out fine and diagnostics looked ok too. According to the dealer’s computers the transmission was A-OK. They had been able to replicate the problem and figured out that it wasn’t a mechanical failure at all. It was a software glitch.

As you can see on the scan of my service invoice below, the cause of my car jerking backwards was “OLD SOFTWARE 0104480410-001.” That’s right, the technician performed the equivalent of a driver update and my car was back in perfectly good working order.

It’s very worrisome that I have to trust my family’s lives to software updates. I can deal with my PC not running at 100% because of software glitches, but this incident (coupled with Toyota’s woes) have me yearning for the days of when cars were simpler machines.

So just about as I was going to hit publish on this article I got a call from my wife. As she was driving down to Silicon Valley from our home in San Francisco a warning popped up on the dashboard. The warning was for low tire pressure. I told her to get off the highway immediately and have a gas station attendant take a look at the tires. At first, the tires all looked to be in good shape, but upon closer inspection they found a nail in the front right tire.

If it weren’t for the early warning from the car’s computer the tire may have run flat while she was driving at 70 miles per hour. Our car’s computer systems may have saved the day.