We’re learning more about one of this year’s biggest Xbox One and PS4 game release now that the slow summer months are coming to a close. This week French video game maker and publisher Ubisoft is revealing the extras users can expect when they pre-order its open-world adventure game, Assassin’s Creed Syndicate, ahead of its late October release. 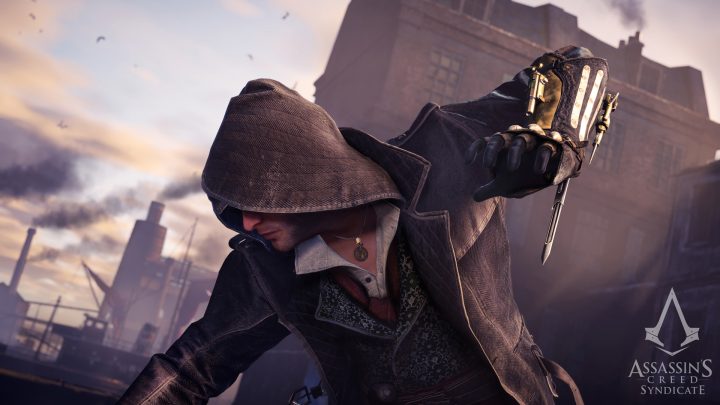 The setting and time period are key, because those who get an Assassin’s Creed Syndicate pre-order will get missions involving to world-famous figures of the age. The trailer starts by introducing Charles Darwin and Charles Dickens. Darwin says that he’s used to people “challenging his ideas” as the trailer begins. He would be as the real-life Charles Darwin was the first to popularize the Theory of Evolution. Dickens informs the games protagonists that they can always find him where the “Ale is warm and tempers are hot.” Dickens is a story-teller, and novelist.

What follows are quick clips of what users can expect from the Assassin’s Creed Syndicate pre-order missions that involve Charles Darwin and Charles Dickens. Jacob is seen scampering over rooftops and in the driver’s seat of a speeding carriage with Darwin by his side. He’s also seen tampering with what appears to be a large metal tank of dangerous material. He later informs Jacob that every problem can’t simply be solved by “blowing things sky-high.” Jacob, who acts as one of the game’s main protagonists, replies, “where is the fun in that.”

A description included with the new Assassin’s Creed Syndicate pre-order trailer rehashes the reasons gamers might want to pick up the title at release. Jacob Frye is one of the two assassin’s featured in Assassin’s Creed Syndicate. His sister, Evie Frye, is also along for the ride. Feature and mechanics upgrades include drivable carriages and a gauntlet that lets players quickly travel up buildings without climbing them as they did before.

Jacob is billed as the first gangster member of the Assassin Order and his weapons reflect that. Ubisoft is promising kukri knife, brass knuckles and a cane with a sword hidden in it. Fed up with the horrors of the Industrial Revolution, Jacob recruits a force made up of the under-class, eager to level the playing field.

Assassin’s Creed Syndicate will be only the second game in the series to be built with the Xbox One and PS4 in mind. The first was last year’s Assassin’s Creed Unity, which took place in France during that countries revolution. Generally, Assassin’s Creed Unity had new mechanics and terrific visuals. Unfortunately, a series of PR blunders and terrible bugs left gamers reeling. Offering these Darwin and Dickens missions to those that pre-order is a way for Ubisoft to build hype and sales ahead of launch. Whether they’ll be enough to overcome any reservations users have after last year’s issues remains unclear.

Read: Assassin’s Creed Syndicate Won’t Have Crucial Feature For Some