The TREWGrip Tablet Keyboard is a new rear facing QWERTY keyboard for tablets that snaps an iPad or Android tablet into place offering an easy to grip design and a belt clip for doctors, nurses and other workers who want this type of mobile typing speed.

At CES 2014 we got an early look at the TREWGrip which is still being refined for a release later this year. The design is appealing though the keyboard looks large, even for institutional users. TREWGrip tells Gotta Be Mobile that the design will shrink some to make the typing experience more comfortable and ergonomic. 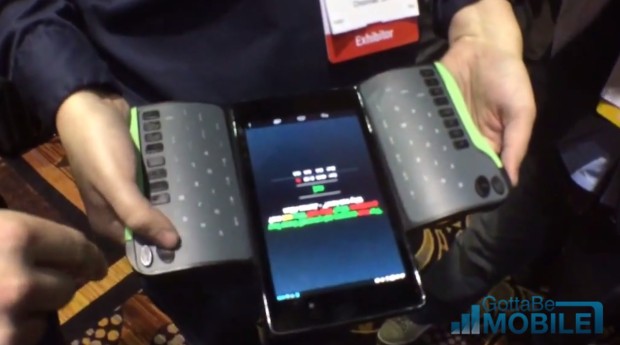 The TREWGrip Tablet keyboard is a bluetooth keyboard with rear facing keys.

The video below shows the TREWGrip in action and the rear facing keys as well as a few front facing keys and a guide.

This isn’t the first rear facing keyboard, but it is the first one that we’ve seen aimed at the tablet market. The idea is to allow users to focus on the screen and type quickly. While there is certainly a learning curve, TREWGrip claims users can quickly adapt to the new layout.

The keyboard connects to the tablet with Bluetooth and users a suction to keep the tablet up to 5.3-inches wide in place while users are typing. The device an also act as a mouse that users control by tilting the keyboard. 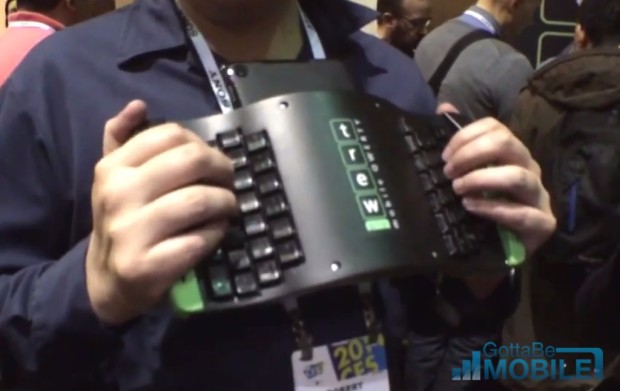 The keys are on the back of this Bluetooth keyboard for tablets.

TREWGrip is planning a Q4 2014 release with a price around $250 and will target the healthcare and business segments.