Trick or Treat: Halloween KitKat 4.4 Release Could Melt in Your Hands

Call me crazy. (I am, but that’s beside the point.) As I’ve been following the news of the day about the Nexus 5 and Android KitKat 4.4 release, I can’t help but think that some looking for treats might find a trick in their candy sack. As is the case with any new smartphone these days there is genuine excitement about the new shiny gadget. As with any new mobile OS that excitement is there too. But, as we all know with Google and its Android OS, not everyone who owns an Android smartphone gets a treat this Halloween. Google and its partners crank out phones faster than chocolate can melt in your hand. And not all of those phones get to chew on the latest confection. 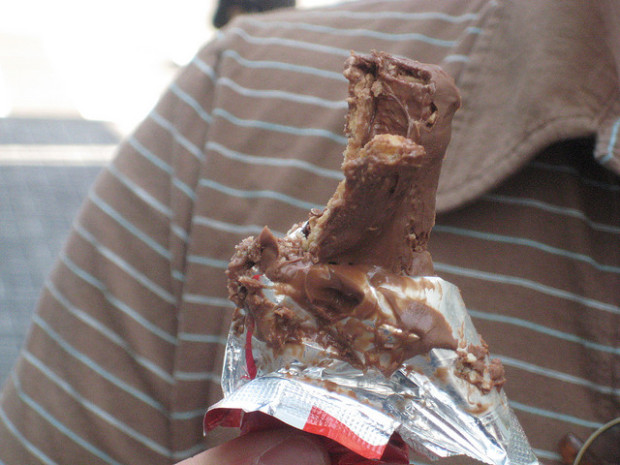 Trick or Treat. Will Android KitKat 4.4 Melt in Some Hands?

The pages of GBM have been filled with updates about this today, and I’m sure we’ll hear more news, both good and bad in the days and weeks ahead. Remember the carriers have a lot to say about which updates get passed on to older devices. It hasn’t been uncommon to see early carrier promises of updates with a new Android OS release, followed weeks later by disappointing news that it won’t happen.

Google is talking up an effort to make KitKat 4.4 more available for some older phones by doing a slimming down of Android’s footprint. (GBM’s Craig Lloyd has more on that here.) That’s welcome news, and for Android fans I hope that it is the case.

I asked a couple of Android smartphone users today if they were excited about KitKat 4.4. One who wouldn’t have a device with any other OS than Android told me he hadn’t even heard about it. Another said it didn’t matter because his phone wouldn’t get the update anyway, and that by the time he was ready to get a new phone there would be something else anyway. And the third said she didn’t care one way or the other. Take all of that how you will, but it makes me wonder if the way Google and its partners handle Android updates makes this kind of masked ball one that only the geek crowd pays attention to.

If so, I’m not sure that’s a good thing or a bad thing. As someone who pays attention to what Google and its Android partners do, I have to say the seemingly chaotic release schedules of new Android devices and OS updates border on the same over-stimulation I see in my young nephews as they trick or treat down a block or two filled with complex Halloween decorations and displays. It’s difficult to take it all in and comprehend it. But it can sure be fun participating in the chaos of it all.