Along with the announcement of the $199 iPhone 4S last week, Apple also unveiled new pricing for the iPhone 4 and 3GS. Now you can get an iPhone for just $99 or for free, if you’re willing to go with a 2 year old model.

What many people forget is that the iPhone will end up costing you a lot more than the initial sale price.

Voice, text and data plans add up over two years. And on top of that there are taxes, additional fees, and incidentals that may not seem like a lot by themselves, but add up quickly over the years. It’s important to keep this in mind when making the decision about whether you can afford to own an iPhone, no matter how little you shell out from the start.

While that voice plan may suit many iPhone users, the data and texting options won’t. A more likely combination is $39.99 voice, $25 for 2GB of data, and $20 for unlimited messaging. AT&T eliminated their lower cost text messaging plan earlier this year, so it’s either unlimited or pay as you go.

Aside from fees, these calculations don’t take into account other monthly or occasional costs such as insurance on the phone or downloading apps. Even if your iPhone is free that doesn’t mean it won’t cost you.

There are a number of factors that go in to how much you’ll pay per month and over time for your iPhone. Some are optional, some offer a range of choices. Be sure you know the options and full cost before committing. 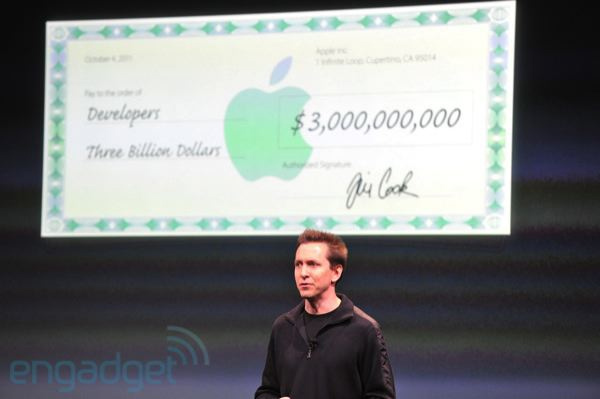 This time around AT&T has some competition in the iPhone field. They’re the only carrier with the free iPhone 3GS, but both Verizon Wireless and Sprint now carry the iPhone 4 and iPhone 4S.

AT&T’s advantage is in having the lowest bottom line price. Where this carrier’s plans begin at $54.99, the lowest you can get at Verizon is $69.99 and the lowest at Sprint is $79.99. The reason is that AT&T has that rock bottom 200MB/month data plan whereas Verizon’s lowest data plan is 2GB for $30 and Sprint only offers unlimited data. Add 2GB of data on AT&T and you get $64.99/month – $5 less than Verizon, still.

If you’re an existing iPhone owner, these fees and costs are already a part of your life (and your budget). But with iCloud coming to iOS 5, you can leave some charges behind (like the one for MobileMe). Plus, there are ways to chip away at some other fees, like apps that allow you to text for free or using WiFi wherever possible to limit data usage.

Consumers new to the iPhone (or any smartphone) should carefully consider how big a chunk this will take out of your budget. No matter how affordable the phone may seem, you’re committing to a 2-year relationship with AT&T unless you’re willing to pay hefty fees to get out of the contract. So be sure to take that price into account as well.