I’ve been giving some thought to what comes next for me regarding an Ultra-Mobile PC. There are a lot of shiny new options out there, but I have to admit it is tough going looking through the options available and comparing them to my needs. For what it is worth, I’m sharing my thoughts here. Share your responses if you care to.

Currently I have two UMPCs: The Asus R2H and the Samsung Q1P. I certainly don’t need them both so I’m going to consolidate and I am probably moving on to another device. Or maybe not. Neither of the above fills my needs completely for various reasons, and for many of the same reasons, I’m not sure the current crop does either. Here are my needs:

That’s it. Simple and direct. Why do the two I have not fill those simple needs? I’ve spoken about this many times, and in this GBM InkShow and this GBM Short. The Asus R2H doesn’t like to play well with Vista, no matter how you tweak it. It is an excellent UMPC for note taking, but its slow performance just doesn’t cut it for other purposes. The Samsung Q1P handles the latter two chores quite nicely, but for note taking the soft touch screen just doesn’t work for me. So, what’s available and what am I considering? 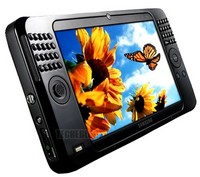 There are a slew of devices using the new processors. Just about every OEM decided to go down that path. I’ve had my hands on the Samsung Q1 Ultra and a few Tablet PCs that have incorporated the Axx processor and I just haven’t been satisfied with the performance factor. So, I’m basically rejecting most of these devices. These Ultra Mobile processors are underpowered but built for better battery life and to run cooler. For the life of me, I don’t know where the disconnect was between Microsoft, Intel, and the OEMs, but someone goofed big time with these processors thinking they could run Vista well on these small devices. This rules out a lot of choices for me in today’s market.

There is an exception to this that I might consider, although other factors will probably keep me from seriously doing so. That is the HTC Shift. Perhaps I’ll consider it for the novelty of it, but with the Axx processor and the soft touch screen, it just doesn’t look like it will fill the bill at the moment. That said, depending on some reliable reporting (or hands on testing-that’s a hint HTC) the Windows Mobile operating system might change my mind. I really like Windows Mobile 6 on the HTC (Sprint) Mogul. If the HTC Shift ships with WM6, I might just reconsider some of my priorities and go that route. 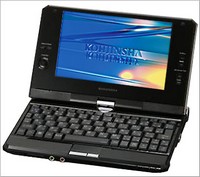 If I can’t take notes without registration or vectoring issues it isn’t worth it to me. This once again rules out quite a few options as OEMs love the soft touch screen and seem to ignore Inking has a real feature on the UMPC. Asus has the only hard touch screen out there in the current crop of UMPCs. The earlier version, as I mentioned earlier, just doesn’t play nice enough with Vista. The Pentium M version offers some promise as relates to performance, at least based on what I’ve seen with the Samsung Q1P. But there is an annoying issue with Asus UMPCs. There’s this bug with the touchscreen. Apparently the digitizer swaps the X and Y coordinates on the touch screen. For many uses this isn’t a real issue. But for any Windows Presentation Foundation (WPF) application it causes the device to crash if you use your finger or stylus. Interestingly enough the mouse control does not cause the same issue. Asus so far has not publicly offered any hint of making a change here. They should. But then Asus customer service and communication has been sorely lacking in my opinion. 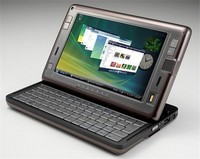 Samsung rolled out three more SKUs for the Q1 Ultra recently and for what it is worth, I’d rather not roll back to XP if I can avoid it simply to take advantage of Vista’s Tablet PC features. As I mentioned earlier, the lower powered processors just don’t handle Vista well and that’s a shame.

I mentioned in this GBM InkShow comparing the R2H to the Q1P that I wish I could combine the best of both of those two UMPCs into one. For my needs that would be an ideal situation. So, what am I thinking? I’m still very unsure. There is a lot of choice in the market (or soon to be) but when I closely examine my needs, and consider the cost, there really aren’t a lot of UMPC choices that line up with my priorities at the moment. Maybe, I’m just very much in a minority here with my needs.